BCCI introduced the IPL mid-season transfer with new rules and regulations which would be in favour of the players. The method has been introduced in the previous version of IPL where only uncapped players are allowed to do so.

What is Mid Season transfer IPL?

Mid-Season Transfer is a new format introduced in the 2019 Indian Premier League season. This allows the franchise to recruit a new member(uncapped players) for their team to play the remaining matches. But in IPL 2020 the method allows to recruit even capped players of the season.

How many days the mid-season transfer window opens?

Will players continue to play for the same team in IPL 2021?

No, the BCCI rules won’t allow that. Players who traded in mid of the IPL 2020 season will return to their parent team after the season and will be a part of their parent franchise in IPL 2021.

Can the player play against their parent team?

No, If a player has been roped by a franchise in the mid-season, the player won’t play against their parent team.

For Ex: If Mohit Sharma is picked by CSK in mid-season transfer, then he won’t be allowed to play against DC. Which is the parent franchise for Mohit in IPL 2020.

What is the fee structure that they will get?

According to a report in the Indian Express, the lending franchise will get the mutually agreed amount between two franchises, which is not subject to a salary cap. Fifty percent of the loan fee will have to be paid “within 7 days of registration” and the rest “within 7 days of the final match of the season”. 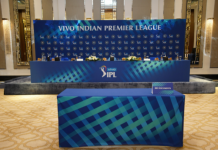