The MRF Tyres ICC women’s T20I Rankings is a table where international women cricket players performances are ranked using a points-based system which is worked out by doing a series of calculations leading to a sophisticated moving average. Players are rated on a scale of 0 to 1000 points.

Australia’s Beth Mooney crowns first place in the list followed by her teammate Meg Lanning. Women’s T20I Batting Rankings list mentioned below based on the points and performance.

England’s Sophie Ecclestone crowns first place in the list of top women’s T20I bowlers with a point of 761. Women’s T20I bowling Rankings list mentioned below based on the points and performance.

Normally ICC updates the Test rankings after each Test match (usually within 12 hours) and T20I ratings at the end of each T20I series. But generally, it doesn’t publish Test rankings if another Test match is currently in progress.

On What Basis ICC Women’s Batting Ranking is decided? 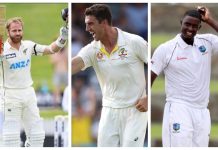