Before that, It comes nearly a decade after the International Cricket Council (ICC) first approved the idea for a World Test Championship in 2010, and following two canceled attempts to hold the inaugural competition in 2013 and 2017.

The second phase of the world Test Championship kick starts with the match between India and England. Post the WTC 2021 finals India stays in England and continues to play a 5 match test series against England.

Notably, India and New Zealand played the finals of the World Test Championship 2021 at The Rose Bowl, Southampton where Kiwi beats India by 8 wickets and lifts the maiden WTC trophy.

ICC Updates the Points System Cycle for the second phase of the World Test Championship.

According to this, each match of the upcoming WTC will be contested for the same number of points, i.e., 12 for a win, 6 for a tie, and 4 for a draw. For slow over-rates, teams will lose one championship point for each over short

In the previous cycle, each Test series carried a value of 120 points which led to some sort of inequality in the table as a team winning a Test in a two-match series got 60 points compared to a five-game leg where a Test win is valued at 24 points.

The team will be ranked on the percentage of available points they won from the matches played.

* Teams will be ranked on percentage of points won

Most Runs in World Test Championship

Most Wickets in World Test Championship

Who is the winner of the first World Test Championship? 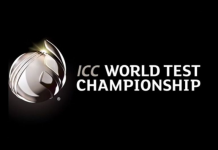