PSL 2022 Points Table: The seventh edition of the PSL will be played between January and February 2022 with all matches taking place in Pakistan. Lahore and Karachi both will host 17 matches each, with the finals to be played at the Gaddafi Stadium in Lahore.

The PSL 2022 points table will be updated here at the end of every match along with the net run rate and points scored by each team.

Islamabad United is considered as one of the most successful teams in PSL history as they have won the title for the maximum number of times(2 times). Following are the list of winners of the PSL tournament:

Following are the details of the Pakistan Super League 2022 captains list: 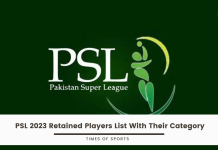 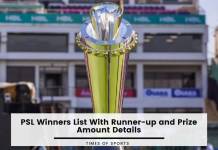 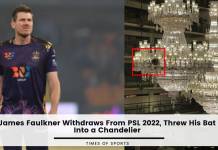