Kings XI Punjab will be called Punjab Kings from the upcoming edition of the Indian Premier League(IPL 2021), the franchise has opted for a change in name after giving it a long thought.

Kings XI Punjab Changed their Name ahead of IPL 2021

Of the eight sides, three teams are yet to win the title to date. Meanwhile, Kings XI Punjab, too, is one of the sides that awaits its maiden title win. However, come next season, it is all set to get a new identity, as it is set to undergo a name change.

“The team was planning to change the name for a long time and thought it should be done before this IPL. So it is not a sudden decision,” a BCCI source told PTI on Monday.

The franchise, jointly owned by Mohit Burman, Ness Wadia, Preity Zinta and Karan Paul, have failed to win an IPL title since the event’s inaugural edition in 2008.

Meanwhile, the BCCI has introduced a clause of brief quarantine for those attending the auction.

In an advisory, sent to the teams a couple of days ago, the BCCI said, “Before checking into their respective rooms, they (those arriving on February 17) will undergo a Rapid Antigen Test followed by an RT-PCR test for COVID-19 at the designated sampling kiosk set up in the hotel by the BCCI’s accredited testing agency. All individuals must quarantine in their respective rooms until results of the RT-PCR tests are available. Typically the reports will be available within 3-4 hours of sample collection.”

For those arriving on the day of the auction, the advisory says, “All personnel arriving on the 18th February 2021 must quarantine in their respective rooms until results of the RT-PCR test are available. Reports of samples collected before 9 am on 18th February 2021 will be available by 1 pm. Only those individuals who have tested negative for COVID-19 will be permitted to attend the IPL 2021 auctions.”

The auction will see 292 players, including 164 Indians, go under the hammer with close to Rs 200 crore available for the transaction. 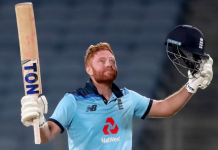 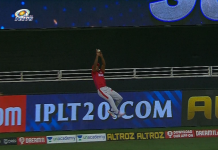 Mayank Agarwal Receives Praises from Sehwag for his Basketball Save