IPL in the past 12 years has witnessed one of the most unimaginable innings world cricket has ever seen. But due to the outbreak of coronavirus, the 13th edition of IPL has been suspended by BCCI till further notice. The cash-rich league has been scheduled to start from March 29 with an opening clash between Chennai Super Kings and Mumbai Indians. These batting performances have shaped the way cricket is played today. Let’s look at the top 10 fastest fifty in IPL since 2008.

On number 10 is Kieron Pollard’s one of the iconic fastest 50 in IPL against Kolkata Knight Riders. Pollard came at the crease at a very crucial stage of the run-chase as Mumbai needed 59 runs off six overs. However, Pollard smashed the Knight Riders’ all over the park and successfully chased down the total of 175 with 12 balls remaining.

Next is Ishan Kishan’s mind-blowing knock of 62 which came in just 21 balls. The young 21-year-old was able to smash the likes of Sunil Narine, Piyush Chawla and Andre Russel all over Eden Gardens as he smashed five fours and six sixes at a strike rate of 295.23!

On number 8 is Chris Morris’ heroic innings of 82* off just 32 deliveries! Morris came out to bat when Delhi had almost lost the game. However, the South African all-rounder reached to his fifty in just 17 balls and gave his team the momentum to chase Gujarat Lions’ 172 in the final over. Although Delhi lost the match by 1 run, Morris was adjudged ‘Man of the Match’ for his amazing all-round performance in the match.

Next is the former captain of Deccan Chargers: Adam Gilchrist. The ex-Australian keeper scored a match-winning 85 off just 35 balls against Delhi Daredevils in the IPL 2009 semi-final. He reached to his milestone of the half-century in just 17 balls and responsibly led his side to the final of the 2nd edition of IPL as Deccan Chargers went on to lift the trophy for the first time!

In the latest IPL season in 2019, Hardik scared KKR with an unbelievable knock. Hardik came out to bat when Mumbai Indians were 59-4 in 8.3 overs while chasing a mammoth total of 233. The Mumbai fans had given up hopes of winning the game. But Hardik made this impossible task look possible as he went on to score a 34-ball 91! Although Mumbai lost the match by 34 runs, Hardik was praised by everyone for this fighting knock.

Next on the list is an innings that is written in the history books of world cricket and cannot be forgotten for decades! The ‘Universe Boss’, Christopher Henry Gayle shocked the world with his unbeaten 175 off just 66 balls! Gayle reached his 50 in just 17 balls and took only 13 more balls to score the fastest ton in any format of cricket in just 30 balls. Chris went on to smash 17 sixes, which is the most number of sixes hit by any batsman in an innings in IPL history.

Nicholas Pooran with an impressive performance gets his name into the list of players to reach the fastest half-century in IPL. Pooran hit just 2 boundaries and 7 sixes to bring up his maiden IPL fifty in 17 deliveries. Pooran becomes the second KXIP player to enter this list after skipper KL Rahul.

Suresh Raina played extremely fighting innings of 87 in just 25 balls in the important playoff of IPL 2014 against Kings XI Punjab. Raina reached his milestone in just 16 balls. Although Raina smashed at an impeccable strike rate of 348.0, Chennai was not able to qualify for the final. Chennai fell short of 24 runs into Kings XI Punjab’s gigantic total of 226.

It’s Ishan Kishan Again in the fastest fifty lists. In what is the must-win match in the last league match for Mumbai Indians to enter the playoff stage. Ishan Kishan came all out as an opener and smashed the SRH Bowlers all over. He got to the fifty within just 4 overs of the innings. 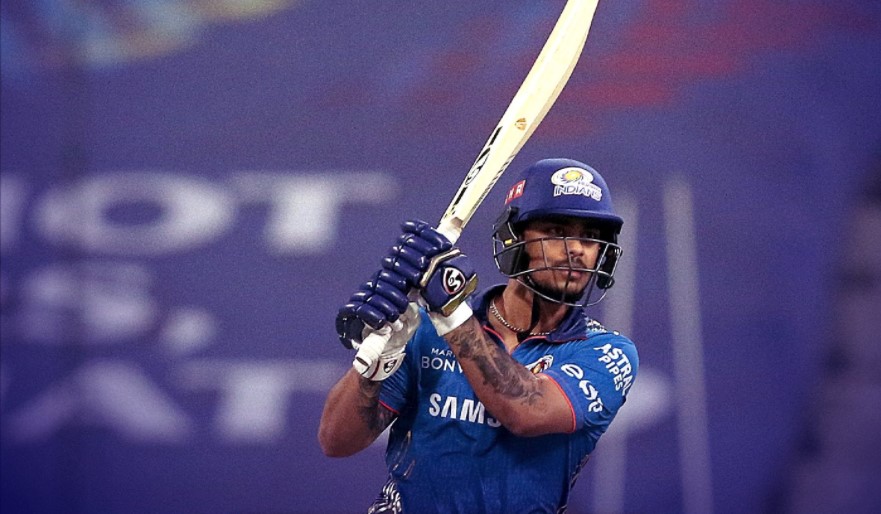 Next on the list of fastest IPL 50 is Sunil Narine’s super-aggressive innings of 54 against RCB in the 2017 edition of IPL. Narine opened the innings for KKR and reached to his milestone of 50 in just 15 balls. He smashed RCB’s in every possible corner of Chinnaswamy Stadium of Bengaluru as KKR won the match with 29 balls remaining.

In a fixture against Sunrisers Hyderabad, KKR’s Yusuf Pathan came out to bat when almost 90 runs needed in the last ten overs. Rather than opting the conventional way and taking the match to the last over, Pathan decided to complete the match as soon as possible. Yusuf went on to smash 72 in just 22 balls at an explosive strike rate of 327.77! KKR won the match with 34 balls remaining as Yusuf smashed the then fastest 50 of IPL in just 15 balls.

The fastest fifty in IPL history was hit by India’s talented opener KL Rahul who reached his half-ton in only 14 deliveries against Delhi Daredevils in Kings XI’s first encounter in the 2018 edition. KL scored a quickfire 51 in just 16 balls and smashed six fours and four sixes at a strike rate of 318.75. With this knock, KL showcased his class and versatility with the bat.