Javelin thrower Maria Andrejczyk has auctioned off her Tokyo Games silver medal for $125,000 to help an infant in her native Poland get life-saving heart surgery.

Poland abka Polska’s convenience story company bought Andrejczyk’s silver medal for $125,000 and after winning the bidding war they asked the javelin star to keep her medal. The child will now undergo surgery at Stanford University, as per Daily Mail.

“He already has a head start from Kubus — a boy who didn’t make it in time but whose amazing parents decided to pass on the funds they collected,” she posted on her Facebook page.

“And in this way, I also want to help. It’s for him that I am auctioning my Olympic silver medal.”

“It didn’t take me long to decide, it was the first fundraiser I entered and I knew it was the right one,” she said. Andrejczyk’s post came after the fundraising page posted an update: “Miłoszek’s condition is drastically deteriorating – urgent surgery is needed!”

Miloszek’s family started a fundraising page in order to pay for the surgery with a goal of 1.5 million Polish zloty. While half of the amount was already raised, she decided to give it the much-needed push. “I start auctions from the amount of PLN 200,000.”

According to ESPN, a Polish supermarket chain won the auction for her Tokyo Games medal with a bid of $125,000. She too confirmed the news on Instagram tagging Żabka, and thanking them.

The best part is that Andrejczyk will get to keep her hard-earned medal. The company that won the auction not only joined the cause but were so “moved by her extremely noble gesture” that they decided to return it to the Olympian.

“We also decided that the silver medal from Tokyo will stay with Ms. Maria, who showed how Great the Champion,” Polish store chain Żabka Polska wrote on Facebook.

Maria Andrejczyk had won silver with a throw of 64.61 meters while Kelsey-Lee Barber of Australia took bronze with 64.56, her best performance of the season.

She was only behind China’s Liu Shiying, who won the gold medal after throwing a distance of 66.34 meters. Andrejczyk, fourth at the 2016 Games and the favorite after producing a world-leading 71.40 meters in May, struggled to find that form. 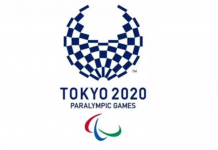 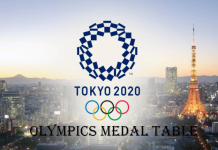