IPL 2020 RR vs RCB Highlights: Rajasthan Royals is set to play the 33rd IPL 2020 match against Royal Challengers Bangalore. RR is in need to win this match in order to move up in the points table.

While RCB is in pressure to win the match in order to hold the third position in the IPL points table.

Steve Smith wins the toss and @rajasthanroyals will bat first against #RCB in Match 33 of #Dream11IPL.#RRvRCB pic.twitter.com/f7nFmHeiFn

We are batting. Day game, better to bat first. Same team for us. We have got a good mix with Stokes back, we did a lot of things right in the last game. The wickets are slowing up, one reason for batting first.

This pitch looks a lot better, the surface looks a lot better than what we had in Sharjah. We would have batted first as well. A couple of changes for us – Mann is back for us, he replaces Siraj. Dube misses out, Shahbaz Ahmed gets his first game today.

That helps us get the balance back. We have learned from our losses, that shows the character in the team. It’s been a hectic schedule this week, it’s all about executing our plans

Robin Uthappa and Ben Stokes get in to the crease to lead RR. RR strikers take a couple of over to settle and backfire on the third over where they scored 16 runs off the single over from W Sundar.

Uthappa seems aggressive as he makes boundaries of each over which is much needed for the RR. The well expected Ben Stokes fails to make a partnership with Robin and walks to Pavillion after scoring 15 runs. At the end of the powerplay, RR scored 52 runs for 1 wicket loss.

Chahal in his first over of the innings makes a couple of wickets in a row and brings back RCB in to the game. He dismissed Robin and Samson which makes lays pressure on RR players. 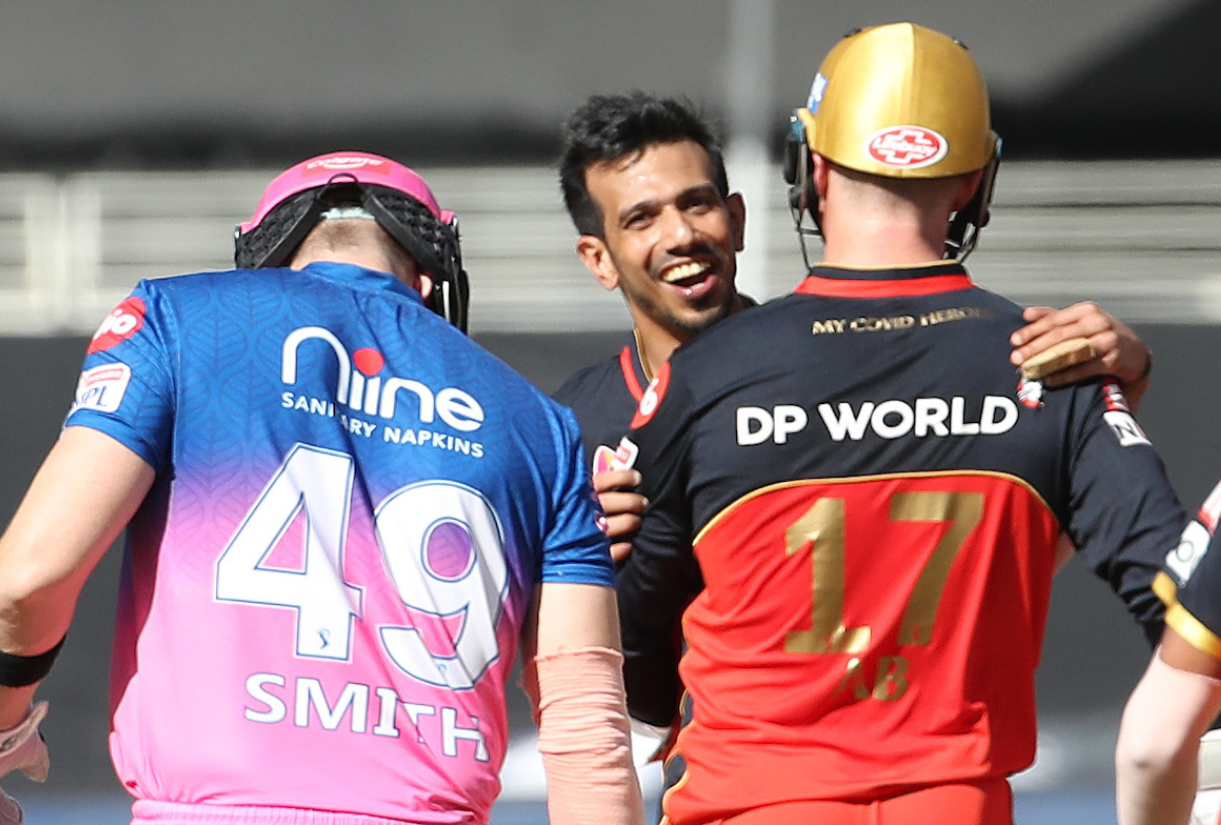 Skipper Steve Smith with 30 ball half-century drags RR to score 177 runs for 6 wickets loss. While Smith got dismissed at the last over while scoring 57 runs from 36 deliveries.

With a target of 178 to chase down Devdutt Padikkal and Finch gets in to the crease. Shreyas Gopal in his second over makes a massive blow by dismissing Finch for 14 runs. Though RCB loses its opener they still got ABD and Kohli on the list.

After Finch wicket, Padikkal and Virat make a steady partnership which is much needed at this time. This duo moved RCB to score 77 runs for 1 wicket loss at the end of the 10th over.

RCB dream scatters when R Tewatia and Kartik Tyagi makes back to back wicket by dismissed Padikkal and Kohli. Skipper Kohli departs for 43 runs while Padikkal walks to Pavillion after scoring 35 runs puts RCB under pressure.

ABD gets in the yard where RCB expects a magical strike from Mr.360 which could boost the RCB’s winning percentage. As expected ABD with his 22 ball fifty makes RCB to register their sixth victory.