While on-field Test match umpires have been able to refer some decisions to a third umpire since November 1992, the formal DRS system to add Player Reviews was first used in:

India agreed to be the first team to be involved when DRS was trialed in their 2008 Test series in Sri Lanka.

Former India batsman Virender Sehwag‘s lbw on July 23, 2008, became the first decision overturned under the UDRS (as it was called then). In this section, we will discuss the DRS rules in detail and the types of DRS followed in cricket.

Every decision reviewed using DRS involves fixed steps followed by the third umpire as part of the DRS rules established in cricket.

New DRS rules include an update in the LBW review. According to which the bails are now included in the ‘wicket zone’, so that the bowlers will now have more chance of getting LBW decisions in their favor.

According to the new DRS rules, a review will now not be lost in case of a decision that remains unchanged, solely as the result of an ‘umpire’s call’.

What are the types of DRS reviews?

In cricket two types of reviews are followed for reviving the umpire’s decision.

Umpire review doesn’t come under DRS, the on-field umpires consult with the third umpire at their discretion to rule, for example, on an inconclusive catch or an inconclusive runout.

Players may not appeal to the on-field umpires to use the Umpire Review. Breach of this provision may constitute dissent and the player may be subject to disciplinary action under the ICC Code of Conduct for Players and Player Support Personnel.

DRS for Caught Decision and Obstructing the field

In some cases, the umpires will appeal to the third umpire to confirm that whether the fielder has caught the ball in hand before it reaches the ground or not.

The batsman(batting team) or captain of the fielding team will call for DRS when they are not convinced with the onfield umpire’s decision.

How many DRS is allowed in ODI cricket?

According to the ICC rules, each team is allowed to use 1 DRS review per innings. A successful review allows teams to retain a DRS review at any point.

How many DRS is allowed in T20I cricket?

As of ODI, International T20 matches are also allowed to use DRS once per inning. And also a successful review allows teams to retain a DRS review at any point.

How many DRS is allowed in Test cricket?

Initially, each team had three unsuccessful DRS challenges, but that was reduced to two per innings in Test cricket. Reviews left from the first innings of a Test do not carry over to the second innings.

Who is the king of DRS in cricket?

Former Indian cricketer MS Dhoni is considered the king of DRS. Some even expand DRS as “Dhoni Review System”(Fans suggestion not official). 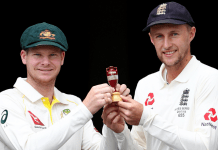 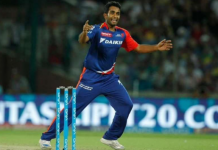