England paceman Stuart Broad was not pleased with ICC’s post of appreciating Virat Kohli for his kind gesture.

England cricket team captain Joe Root suffered a cramp during the third session of the match and that is when Kohli displayed his sportsman spirit and helped the opponent skipper.

Before the England team’s physiotherapist could reach the field to help out Root, Kohli helped him out by stretching his leg.

International Cricket Council (ICC) too praised the gesture by Indian captain and called it a “heartwarming gesture”.

In an Instagram post by the ICC, they captioned it: “When England captain Joe Root was struck by cramps, Virat Kohli was the first to his aid. A heart-warming Spirit of Cricket gesture.”

England paceman Stuart Broad was not pleased with ICC’s post of praising Virat Kohli and took a dig at the international cricket board. “I ran a drink out too, the spirit of cricket award?” replied Broad on ICC’s post.

For India, the experienced trio of Ishant Sharma (0/37), Jasprit Bumrah (2/57) and Ravichandran Ashwin (1/92) tried their best but could not break the Root-Stokes partnership, which is looking ominous from the host’s point of view.

Shahbaz Nadeem (0/100) and Washington Sundar (0/65) could not make any impact and were taken for easy runs as India’s woes multiplied.

Rohit, Virat, Rahane fell cheap as India will be on the back foot for the remaining two days. Pant and Pujara tried to revive the innings, however, Cheteshwar’s unlucky dismissal put the pressure back on the hosts. 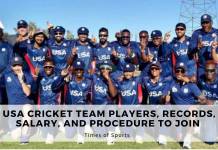