With ICC T20 World Cup coming near Patel’s statement seems to have a big significance in India’s limited over captaincy.

“The way Rohit Sharma does captaincy, I like it more, he is calmer on the ground, takes better decisions under pressure and according to me he is a better captain when it comes to building the team,” Parthiv Patel said during the Star Sports show Cricket Connected.

Patel has played under the leadership of both in the IPL over the years and has had the chance to observe their performance as a captain closely. He pointed out the fact that he has played for Sharma-led Mumbai Indians for three years since 2015 to 2017 and then the next three years for Royal Challengers Bangalore led by Kohli.

Patel opined that Rohit is a better decision-maker in pressure situations. “I have seen Rohit taking decisions on his own in crunch situations while Virat depends a lot on other players in those situations,” he said.

The reason why Rohit is considered as a better captain

He added that Rohit has more experience when it comes to handling the team. And he is capable of taking important decisions on his own. Patel praised his ability to take on the spot decisions which “go in the team’s favour”.

Patel further said that he does not regard Kohli as a bad captain. But that he hasn’t won enough tournaments, whereas Rohit knows how to win tournaments.

“To win tournaments you need to know how you are going to win them,” asserted Patel. He claimed that Kohli has not “won at all” in the crunch situations which leaves “you behind a little” when it comes to decision making.

That is what cost team India the 50-over World Cup or the Champions Trophy final, said Patel. 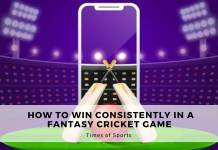