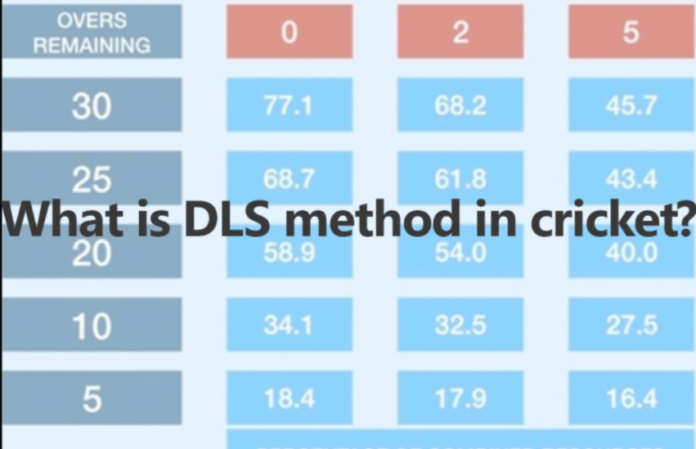 The DLS method (Duckworth-Lewis-Stern) in cricket plays a key role in deciding the winner in an unavoidable situation for the team batting second in limited-over cricket.

The Duckworth–Lewis method (often written as D/L method) is a mathematical formulation designed to calculate the target score for the team batting second in a limited-overs cricket match interrupted by weather or other circumstances.

The Duckworth Lewis Method was first used in a match played between Zimbabwe versus England in 1996-97. This method was approved by the ICC in 1999.

Who Invented the Duckworth Lewis method?

Later Professor Steven Stern (Department of Statistics, Queensland University of Technology) became the custodian of the method after the retirement of Frank Duckworth and Tony Lewis. In November 2014, the Duckworth–Lewis method was renamed the Duckworth-Lewis-Stern method (or DLS method).

The attraction towards cricket keeps increasing among the peoples as it is widely played in almost every country. Cricket is also recognized as the most popular sport in the world after football and Rugby World cups.

The cricket has been played as two sessions where in the first session a team used to bat in pairs against the bowling team and follows vice versa in the second session.

The enjoyment of the game affects when the rain interrupts the match. In such conditions, the Duckworth Lewis Method is used.

Par score is the total that a chasing team should have reached – when they are ‘X’ wickets down – at the time of interruption while the target score is the revised score that a team is required to get after an interruption.

Also read: What is DRS in Cricket? – New Rules and Methods Used

To calculate a target, the formula may simply be expressed as:

During the match after the interruption, there are only two factors remains with the team for the calculation of this method.

Every team available with these two resources namely:

On the basis of these two resources, Frank Duckworth and Tony Lewis have prepared a chart which suggests that how many resources are left with the batting side in different situations.

Let us take an example that happens earlier before in DLS history where India beats Australia by 26 runs. This happens in the first ODI of Australia tour of India in Septem

WATCH: How DLS Method is Calculated in Cricket By ICC