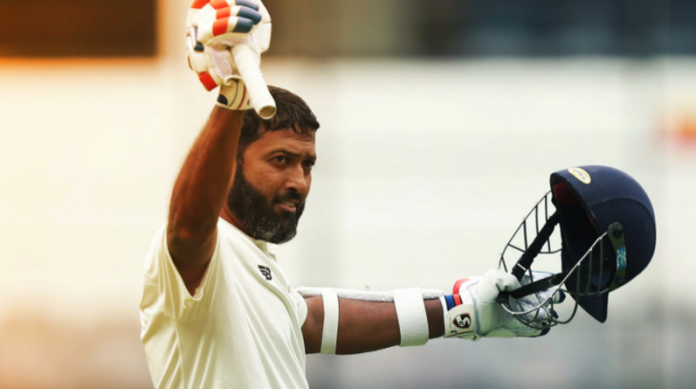 Former India opener Wasim Jaffer has numerous records to his name in the local circuit. In any case, his commitment isn’t simply limited to batting, as he drove Vidarbha to twin Ranji Trophy titles as well, a group that wasn’t known for its cricketing inheritance.

In an interaction on Sports Tiger’s hotshot ‘off the Field’ facilitated by Vedant Sharma, Jaffer said that the players who are not centrally contracted, ought to be permitted to play in leagues overseas.

“It completely makes sense to me. If you are not one of the centrally contracted players then one should be allowed. The board can minimize and reduce it to one or two leagues in which the players can participate but not letting any Indian player play anything other than IPL is a bit strict in my opinion,” Jaffer said. Jaffer also talked about the time when he was about to make a comeback on the international scene, if not for Shikhar Dhawan’s inclusion at the top of the order. “In 2012-13, I was very close to getting selected when Shikhar Dhawan got selected. So, I came very close a couple of times but somehow I missed the bus.” He also added, “The selectors are the best people who can answer that but I definitely kept knocking the door.”

He further added, “I feel the season should start in October with the Ranji Trophy. It should be ideally followed by the Irani Trophy and after that, a T20 tournament like Syed Mushtaq Ali Trophy can be put in place as it is the time when the auction happens. A number of franchise people can see the tournament and scout new talent. Finally, finish the season with Vijay Hazare Trophy.”