With no clarity of when cricket will resume in India due to the rising cases of coronavirus infections, cricketer Bhuvneshwar Kumar reckons that the suspended Indian Premier League (IPL) must happen at some stage this year for both financial and cricketing reasons.

BCCI is hoping that should the ICC Men’s T20 World Cup scheduled to be held in October-November this year be scrapped, that would give them a window to conduct IPL in some form.

The cancelling of the T20 league could result in a financial hit of around Rs 4,000 crore to the BCCI.

“The IPL must happen. The tournament is important for both cricketing and financial reasons,” Bhuvneshwar said during said at a webinar organised by GainAccess Sports & Entertainment and Sportz Power.

However, international cricket will mark its return after almost four months of hiatus when England host West Indies for a three-match Test series from next month.

ICC has issued several guidelines for professional matches to be played in a secure environment including the ban on applying saliva on a cricket ball. Bhuvneshwar says the authorities must come up with an alternative to shine the ball. 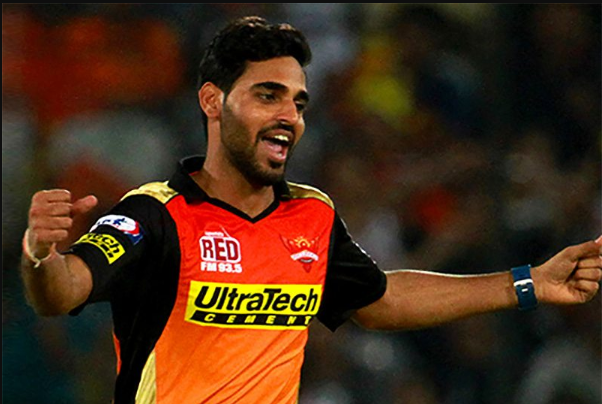 “I hope the ICC comes up with some artificial way by which we can shine the ball. You need to do it when you bowl in swinging conditions in (places like) England. Even the spinners need it,” the 30-year-old said.

Much has been said and written about India’s inability to win an ICC tournament for seven years now. Their last global title was the 2013 ICC Champions Trophy but Bhuvneshwar reckons too much is being read into it as India have made to the usually made the knockouts of such events and lost due to one or two unlucky turn of events.

“India lost 3-4 wickets in 15 minutes, that made the game (2019 world cup semifinal vs New Zealand) one-sided. That was an unfortunate event. And if you look at the Champions Trophy final against Pakistan, the match changed after the Jasprit Bumrah no-ball,” he said during ESPNCricinfo’s Cricketbaazi. “It’s not like we’ve had a one-sided loss or we went down without a fight. We’ve always lost due to an unfortunate event or incident.”

“The last we won was the Champions Trophy in 2013. And since then, there have been only 3-4 ICC tournaments and we have made it to the semis or the finals about 2-3 times. In 2015 World Cup we lost to Australia in the semi-final. And in the 2019 World Cup, it was bad luck. An early loss of three top-order batsmen cost us the game. It rarely happens that in a match after dismissing the opposition for, under 250, you are get bowled out,” he added.

Also read: Don’t Have to Tell Each Other Much: Bhuvneshwar Kumar on Bowling with Mohammed Shami, Jasprit Bumrah