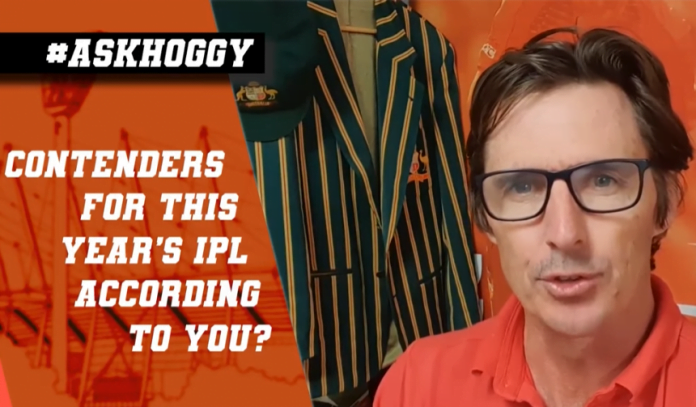 Former Australia and Kolkata Knight Riders cricketer Brad Hogg has predicted which teams he believes could be contenders for Indian Premier League (IPL) this year.

Following the postponement of the T20 World Cup by the International Cricket Council (ICC) last week, IPL is now set to be held during the window of September 19 to November 10.

Hogg, while making his very ower prediction, the former spinner named Mumbai Indians and Royal Challengers as the main contenders.

Moreover, the Aussie also name-dropped Hardik Pandya to bag the ‘man of the tournament’ this year too.

“Well, Mumbai Indians look like they are going to be champions again. They are one of my top two teams going into this year’s IPL in UAE this year,” Hogg said on his Youtube page Hogg’s Vlog.

Indian Premier League is set to return to UAE for the second time after it hosted the first leg of 2014 edition due to the general elections being held in India that year. This time around it’s the coronavirus pandemic that has brought IPL to UAE shores.

Even though BCCI got the window to host the IPL 2020 in September-November this year in the account of T20 World Cup Postponement, having the tournament in India could have been possible because of the increasing caseload of the Covid-19 cases in India.

BCCI had no option left but to take the tournament outside of the country. Initially it was UAE and Sri Lanka which were looked at potential places to host with UAE more or less controlling the spread of the virus, while Sri Lanka was one of the least affected countries by the virus.

UAE was zeroed down – 1. Because it has hosted the event earlier. 2. Logistically, UAE could pull off something similar or at least close to what England and Wales Cricket Board have managed by creating a bio-secure bubble for their international series against West Indies in England. The Dubai Sports City, which includes the Dubai International Stadium and the ICC Academy, is ready as a potential venue for the T20 league.