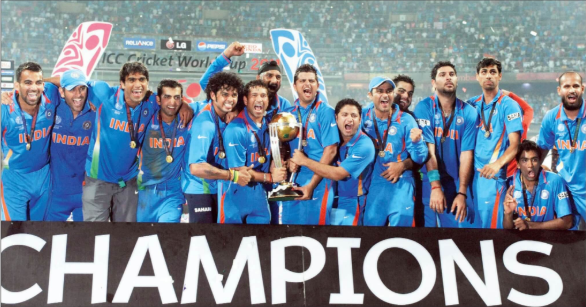 Mahindananda Aluthgamage, who had been Sri Lanka’s Sports Minister in 2011, when India won the ODI World Cup, has claimed that the final of the tournament – in which India beat Sri Lanka with 10 balls to spare – had been ‘fixed’ by ‘certain groups’.

“2011 final was fixed. I state it with responsibility and I can come forward for a debate… I would not involve the cricketers in this. However, certain groups were definitely involved in fixing the game,” he told News 1st on Thursday.

“I stand by what I say. It took place when I was the Minister of Sports…I do not wish to expose details for the sake of the country. The game against India in 2011, a game we could have won, was fixed,” he said.

Reacting to the claim, Mahela Jayawardene, who had scored an unbeaten 103 for Sri Lanka in the final, said that ‘elections must be around the corner’.

He asked for evidence to back up the ex-ministers allegation.

Is the elections around the corner 🤔Looks like the circus has started 🤡 names and evidence? #SLpolitics #ICC https://t.co/bA4FxdqXhu

Later in the day, Kumar Sangakkara, who had been the Sri Lanka captain in the World Cup, but resigned soon after, said the politician must provide evidence to the ICC Anti-Corruption Unit because he has made very serious allegations.

“Then no one needs to speculate and can get to the bottom of this. That should be the most prudent course of action,” Sangakkara told News 1st.

In 2017, former Sri Lanka captain Arjuna Ranatunga, who had been at the Wankhede as a commentator during 2011 final, had also said that he had ‘doubts’ over the final and that he wanted an investigation into the result.