Can a Super Over bowl with a new ball?

The fielding captain or his nominee shall select the ball with which he wishes to bowl his over in the Super Over from the box of spare balls provided by the umpires. Such box to include the balls used in the main match, but no new balls.

The team fielding first in the Super Over shall have the first choice of the ball. The team fielding second may choose to use the same ball as chosen by the team bowling first. If the ball needs to be changed, then playing conditions as stated for the main match shall apply.

Rules when First Super over Tied

At the end of the super over the team which gets the highest run will be declared as the winner of the match. If again the super over results in a tie then there will be unlimited number of super overs will be bowled to determine the winner.

But the subsequent super overs will be played with a slight modification in the rules. The modified rules are as followed

List of IPL Super over matches played so far 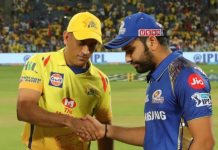