The BCCI on Thursday announced the IPL 2021 finalised list of 292 players by the eight franchises to bid for. However, the most prominent name missing from the list was the 38-year old pacer Sreesanth, who made his comeback to the game after serving a 7-year ban.

S Sreesanth returned to competitive cricket after a period of 7 years following a ban due to spot-fixing.

Sreesanth registered himself for the IPL auction and hoped that he might attract attention from franchises. He had set a base price of Rs. 75 lakhs for himself. However, it now seems like he did not attract much interest from the franchises as they have not decided to shortlist him for the auction.

According to reports from Sportstar, a franchise official reportedly spoke about Sreesanth not getting shortlisted and said, “A total of 1114 players had registered for the auction, of which the franchises shortlisted the candidates and the list was pruned. Maybe, Sreesanth did not attract the franchises for some reason.”

Sreesanth last played for the Rajasthan Royals (RR) franchise where he was arrested and banned along with teammates Ajit Chandila and Ankeet Chavan for involvement in spot-fixing. He was banned for life before the same being reduced to a 7-year one.

Although Sreesanth did not find a place in the list of shortlisted players, his Kerala teammates, Mohammed Azharuddeen and Sachin Baby will go under the hammer.

Sreesanth’s Reply for his rejection

“I want to say I am absolutely fine and grateful to this lovely life. I am thankful to all the support you have been showing. Honestly thought I would be there (in the auction list) but I have to work really hard. If I could wait for eight years, I will wait some more time,” he said in the video. 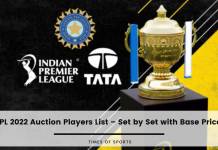 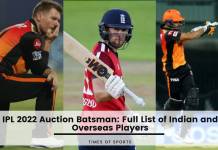 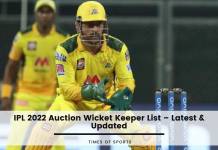