He made a name for himself in the Indian Premier League in the 2020 season scoring 473 runs in the tournament. He was also adjudged with the emerging player of the tournament award.

In a recent interview with The Times of India, Padikkal spoke about how many people have inspired him with their journeys and also the role of former Indian batsman Rahul Dravid in his growing-up days.

“For me, there is not one individual who has inspired me. Every person has a separate story and everyone really has gone through with something to get there in their career. I take inspiration from every cricketer who has played for India because getting there is not easy at all. It takes a lot to get there. They have done a lot to reach that level and contributed to the country.”

However, Padikkal did lay stress on the player, who he grew up watching and it’s none other than former India opener Gautam Gambhir.

“But my role model is Gambhir. I have grown up watching him bat. I still watch his videos. I still love his batting. Gambhir is my cricketing role model,” he said.

Padikkal also talked about the role Dravid played as both the players have played for Karnataka in domestic cricket.

“I have spoken with Rahul (Dravid) sir a few times. Whenever I have the chance, I have met him. I met him at the KCA most of the time. He is such a humble person. He is ready to give any kind of advice whenever I need it. You can always walk up to him and ask him anything. He has the solution for everything. He always told me that ‘keep working hard, keep learning and keep improving as much as possible. Whenever I met him, I learnt something new. It is always nice and great talking to him. Whenever I get time, I go and speak with him. I listen to him carefully,” Padikkal said.

Padikkal, who will be taking guard for the RCB again this year, opening with skipper Virat Kohli recently had tested positive for COVID-19 and had quarantined himself at his home in Bengaluru. Now, with only a couple of days remaining for the first game to start, Padikkal had tested negative in the latest round of testing. 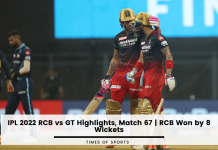 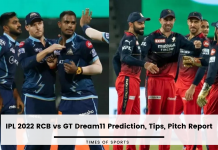 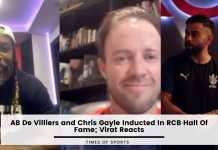