BCCI may include a 9th team in the upcoming IPL 2022 tournament. Earlier BCCI approves to include 2 more teams to the existing 8 teams in the IPL. Owing to the shorter time inclusion of additional team skips from IPL 2021.

In the BCCI’s Annual General Meeting (AGM) held at Ahmedabad last month, the members had given approval to the inclusion of two new franchises in the IPL.

However, as per TOI, BCCI is likely to add only one team to the cash-rich league due to the following issues:

A) Introducing only one franchise now will allow the Board to reap better value for the 10th team in the near future, as simultaneous bids have the potential to cap the value in prevailing market conditions.

B) Adding two teams will force the BCCI to change the format of the league in order to fit the entire season within the existing timeframes (annual cricket calendar). The change in format will mean renegotiation with IPL’s partners in a year when IPL’s media rights will be up for bidding again. Instead, a nine-team IPL will mean only 74 matches – on a home & away basis – which is clearly being seen as a more feasible line of approach.

C) As the International Cricket Council (ICC) gets busy finalising its next Future Tours Program (FTP) and member boards argue in favour of an eight-event cycle, the BCCI is mindful of the bigger picture – of extending the IPL window by at least a month. Extension of the window will mean deriving better value from both – the media rights auction as well as the auction for the 10th team.

D) With just two seasons left before the new IPL rights cycle gets underway – tender for which is expected to be floated this year-end – the BCCI does not wish to disturb the applecart at the moment.

E) And most importantly, the Board expects the legalities involving artibrations with Deccan Chargers and Kochi Tuskers to be resolved in the meantime.

The tender is likely to be floated anytime beginning March.

“All said, it’s a well-thought move. The BCCI will clearly benefit in the short and long run because it’ll derive better value from the 10th franchise in the future, doesn’t really disturb the ecosystem for now, buys them more time to put their own house in order,” industry executives say.

Those who are privy to developments say “the idea is also to maintain the quality of the tournament, which means ensuring quality cricketers are available to make for a 10-team pool. Now, is that the case? The ecosystem can only expand in line with talent and manpower. That balance has to exist,” they add.

With the 2023 50-over World Cup of the ICC being shifted from the February-March window to October-November, the BCCI has begun to see the ‘potential larger window’ to accommodate a bigger IPL. The board has been eyeing the month of March to be included for the T20 league and has the support of major cricket boards around the world.

“It is the smaller boards, who did not want BCCI’s comeback in the ICC and are pushing for the eight-year cycle of global events to work, who are not in favour of what India’s looking at. But from an industry standpoint, that’s not how it works. The IPL is like the elephant in the room and it’s going to make space for itself,” add those tracking developments. 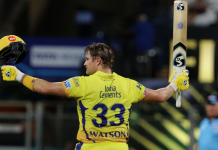