Mumbai Indians, the defending champions of the Indian Premier League (IPL) on Sunday posted a small video which had the captain of their flight from Mumbai to Abu Dhabi make a special inflight announcement in a cricketing way.

Mumbai Indians squad left for Abu Dhabi on Friday (August 13) from the Mumbai airport. The members onboard the flight were in for a surprise as the pilot decided to make a creative announcement. Using references of the MI players, the pilot welcomed the team on the flight and gave the ATC instructions in some style.

“It is an honour to welcome you aboard on this flight 9065 charter service from Mumbai to Abu Dhabi. Considering the rains coming in today morning, we managed a quick started departure. Just like how Rohit Sharma and Quinton de Kock do it for the team,” said the pilot on Friday.

He further said, “As per the flight details, we are flying airbus 321 aircraft cruising at 3000ft above sea level. The flight will be maintaining a ground speed of about 900km/h that gives us about 45 minutes before we land at our destination. That’s just the time Kieron Pollard needs to score another century.”

“Forecast conditions at the destination, we are expecting a sunny morning with the temperature of 32 degrees. Pretty much calmness just like Jasprit Bumrah kept during the super over of 2017 playoff against KKR.

“We shall try landing in Abu Dhabi as early as possible depending on air traffic congestion. However, I can say it won’t be as quick as Hardik Pandya or Ishan Kishan’s half-century record.

“On behalf of the entire Indigo family, we wish you all the very best for the season. It’s an absolute honour to have you onboard this morning. Thank You!” concluded the pilot on landing.

The five-time Champions will resume their IPL 2021 campaign against Chennai Super Kings on September 19 in Dubai and are currently fourth on the points table. 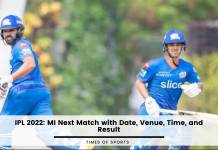 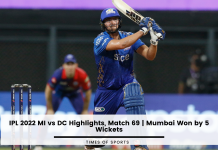 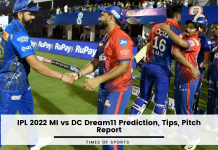