Neeraj Chopra who won the gold medal at the Tokyo Olympics 2020 is not the first to bag the Gold in Javelin Throw for India. Before Neeraj Chopra there was one athlete who had won not one but two gold medal for India in javelin throw at an equivalent level.

In 2004 Athens Olympics, an Indian javelin thrower named Devendra Jhajharia won his first gold medal and Jhajharia did it again in 2016 at Rio. Jhajharia won the gold medal in Paralympics Games with a single arm and he had lost his other arm in an unfortunate accident.

Jhajharia, who hails from Rajasthan, is the first and only Indian to ever win gold at any Olympics or Paralympics games. He also holds a world record in javelin throw with a distance of 62.15m.

Jhajharia is also the first para-athlete to receive the Padma Shri and he was awarded Arjuna Award in 2014. He was born in Rajasthan’s Churu district.

Taling about the accident in which he lost his hand, Jhajharia once said in interview with The Hindu, “I was climbing a tree in my village and accidentally touched a live cable, which was apparently an 11,000-volt cable. So severe was the accident that (my left hand) had to be amputated right away — nobody was sure whether I would be able to recover from it.”

Jhajharia however did not let his disability overcome his will power and he started training for javelin throw at his school grounds. Jhajharia faced a lot of trouble but he received the full backing of his parents.

“You can try and imagine how a parent would feel when someone says stuff like that about their own child. But my parents never let me feel the heat… I was striving to not make myself appear weak to the world. And the only way to achieve it was to succeed, to be a champion. To be a champion, you had to be a sportsman, so I started focusing more on the sport. In my 10th standard, I started practising every day and soon became district champion in the Open category. I kept on winning medals in inter-college, district, and State events,” he once said. 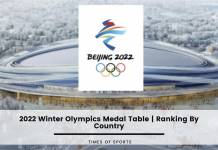 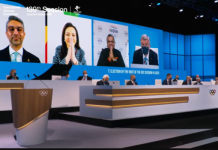 India Named as the Host of IOC Session 2023, Wins Bid After 40 Years 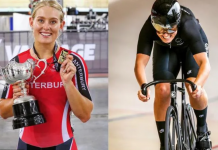 Olympic Cyclist Olivia Podmore Dies at the Age of 24