So as Rajasthan Royals are also in need to win the match to make a positive moment in the IPL 2020 points table.

#RR have won the toss and they will bowl first against #KXIP #Dream11IPL pic.twitter.com/AbQzubBNr8

We will bowl. Don’t know what happens here with the dew, so we are gonna chase tonight. It’s been a bit of up and down tournament for us. It’s been a tough one, we’ve got Varun Aaron in tonight, who wasn’t fit for a while. He brings a lot of paces and comes in for Rajpoot. Hopefully, he can add something for us in the Powerplay.

I would’ve looked to bowl as well but looks like a good wicket, so will remain the same for the 40 overs. It’s just everything coming together, In the last four or five games, we’ve come really well. It’s good to see and it’s been a complete team effort. We would look to go out there and enjoy ourselves. Same team

KL Rahul and Mandeep Singh get in to lead KXIP. While Jofra Archer lead the attack against KXIP. Archer in his first over dismissed Mandeep Singh off the first ball he faced. RR dismissed the dangerous batsman Mandeep and took the early wicket as expected.

Universal Boss Chris Gayle gets in to join hands with KL Rahul. This dangerous duo can change the game flow in favor of KXIP. As expected skipper and universal boss lead KXIP to score 53 runs for 1 wicket loss at the end of the powerplay.

RR gets in pressure to break this partnership. Gayle on the other hand made an impact in the KXIP scoreboard by smashing a fifty with a flat-six. Finally, Stokes makes a massive wicket by dismissing KL Rahul for 46 runs.

After the skipper’s wicket, KXIP batsmen struggle to make a partnership with aggressive Gayle. Again Stokes made an impact by dismissing Pooran after hitting 22 runs for 10 deliveries including triple sixes.

No One Can Be Chris Gayle In The History Now and Ever! 🔥❤😎

Robin Uthappa and Ben Stokes get in to lead RR to chase down the target of 185 runs. Arshdeep Singh opens the attack against KXIP. Uthappa and Ben seem to be very much aggressive as Stokes roped his half-century in just 25 deliveries. This duo moved RR score to 66 runs for 1 wicket loss at the end of the powerplay.

Samson for his part join hands with Robin and moved RR to score 103 runs for 1 wicket loss at the end of the powerplay. KXIP is in need to make a wicket else RR could make an easy victory over them.

The much-awaited break has been provided by Murugan Ashwin by dismissing Uthappa for 30 runs. RR skipper Steve Smith get in to join hands with Sanju. After an impressive inning, Samson walks to Pavillion after scoring 48 runs from just 24 deliveries.

I think when you are in a position like we are, you have nothing to lose. We are still hanging in. That is pleasing. The sixes are always pleasing. I went in the same mentality like I did against MI. Wanted to go hard with the new ball.

We had a decent break from the last game. It’s that shot you don’t expect to go to the boundary, that sort of a short gives me confidence and gives the feeling it’s going to be a good outing. We normally have a quick turnaround. I cut down on the bowling part in the break to remain fresh. 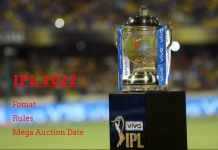