The CEO of Chennai Super Kings (CSK) Kasi Viswanathan has stated that MS Dhoni still has at least a couple of years left in him and his association with the franchise will continue for as long as he is fit and performing both as a player and captain.

Dhoni has been one of the most successful captains in IPL history having led CSK to victory on three occasions. He led from the front in 2021 inspiring a dramatic improvement in the team’s performance after their worst show in the tournament’s history in 2020 in the UAE.

Viswanathan believed that Dhoni was fit and was contributing both with the bat and as the leader of CSK at present and as such there was no immediate need for him to retire as of now. The CSK CEO was confident that MSD could go on for another one or two years with the franchise.

“He can continue for another one or two years with CSK. He is fully fit, and trains a lot. Don`t see any reason why he should stop. As far as we are concerned, we are happy for what he is doing for CSK. It is not just about his captaincy or the fact that he is a guide or a leader as the most experienced player. We feel he is still good and brings value as a player to the side. He has been a finisher and is doing that for us,” stated Viswanathan.

“He has huge experience in T20 cricket. The turnaround you see in CSK (from seventh in IPL 2020 to second now in IPL 2021 – his leadership has been phenomenal. The value he brings with his experience is priceless,” said Dahiya.

“You look at Sam Curran (who is with CSK) and how he has become a fighter. Even the England team management have admitted his and CSK`s contribution,” added Dahiya.

“There is a style CSK follow and that can`t be delinked from Dhoni. His contribution is keeping the CSK nucleus intact over the years to make the franchise among the most successful. He knows what to take from a player,” the former Delhi wicketkeeper-batsman felt.

Dahiya says no wicketkeeper, even of international level at the moment can replace Dhoni at CSK. “There is no replacement for him,” he said.

Dhoni has been captaining the CSK franchise since the inaugural 2008 season. He had briefly led Rising Pune Supergiant (RPS) in 2016 when CSK was suspended but was removed as skipper prior to the next season as RPS finished seventh in 2016. 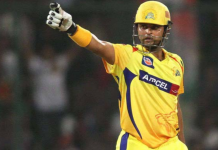