Chennai Super Kings all-rounder Ravindra Jadeja, who is considered one of the best fielders in the world, was at it again against the Rajasthan Royals (RR) as the batsmen kept hitting in the air and the ball kept finding Jadeja’s hands as the spinner took as many as four catches in the game.

Jadeja, who impressed everyone with his fielding skills in the game against the Punjab Kings with a seeing direct hit and an outstanding catch was praised by fans again as he was taking catches for fun on Monday.

Dhoni had written, “Sir jadeja doesn’t run to take the catch but the ball finds him and lands on his hand.”

The tweet perfectly summed up Monday night’s situation where every time the RR players tried going for an aerial shot, they mistimed it and hit straight into the hands of the all-rounder.

Not just the catches, Jadeja, also starred with the ball taking two crucial wickets, including that of Jos Buttler, who was playing outstandingly well till the point Jadeja’s spin crashed into his stumps.

A resounding victory for @ChennaiIPL against #RR by 45 runs.

CSK loses their first match of the IPL 2021 league against Delhi Capitals and bounces back with a couple of victories after that.

CSK restricted the Royals to just 143 runs and thereby won their second game of the IPL 2021 season by 45 runs and raced to the second spot in the IPL 2021 points table.

Chennai Super Kings and Kolkata Knight Riders will clash against each other on April 21 at Wankhede Stadium, Mumbai at 7:30 PM. 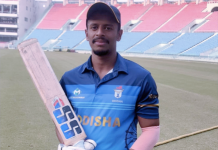 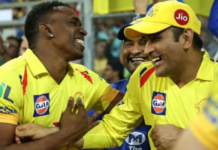