Agarkar was asked about KXIP’s decision to release Maxwell ahead of the mini-auction. Here is what former India and Kolkata Knight Riders pacer had to say.

“Who knows, someone else might buy him for 10 crores. It seems to be the case with Glenn Maxwell. You can understand that kind of ability but I think a lot of things will be wiser now. A little bit surprised with some of the other overseas names they have let go, Jimmy Neesham perhaps didn’t have the greatest tournament,” Agarkar said on Star Sports.

Kings XI Punjab have released as many as nine players ahead of the new season including the likes of Maxwell, Jimmy Neesham, Mujeeb ur Rahman and Sheldon Cottrell. They now have a staggering Rs 53.2 crore to spend at the mini-auction and build a team that can challenge for the title this year.

Agarkar believes KXIP will be in a strong position to go for some big names at the auction and will be willing to shell out big amounts on the players they want as they have a huge purse.

“The one thing is, in the auction it is perhaps a lot easier to find good quality overseas players because you only need five or six good ones in your squad.

It is a little bit easier to replace, Indian players obviously a lot harder, especially if it is not a big auction. So you understand that and 50-odd crores now, so if there is one or two really big names that come up, they will certainly be in the box seat to try and push for them,” Agarkar said. 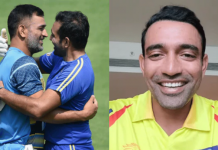