CVC Capital will own the Ahmedabad-based team while RP Sanjiv Goenka Group will own the Lucknow Super Giants IPL team in the IPL 2022 tournament.

Sanjiv Goenka and CVC Capital have won the bidding war among nearly 10 competitors which was hosted by BCCI in Dubai on October 25, 2021. The BCCI gets a whooping 12,690cr (1.7 Billion dollars) from the sale of 2 New IPL Teams.

The new two teams will participate in the upcoming IPL 2022 mega auction to build their teams which will get part in the IPL 2022 tournament. BCCI also announced the IPL 2022 Auction rules based on which the teams will retain, release players ahead of the IPL 2022 auction.

BCCI decides to host the IPL 2022 auction in December 2021 probably in India rather than in Dubai. But the official announcement has not yet been released by the governing body.

Ahmedabad and Lucknow are the two new IPL teams yet to join the Indian Premier League family in the upcoming IPL 2022 tournament. What will be the names of the new 2 IPL teams? Will update once officially announced!!

CVC Capital is the owner of Ahmedabad while RP Sanjiv Goenka Group will own the Lucknow Super Giants IPL team in the IPL 2022 tournament.

RPSG owner said, “It is good be back in the IPL and I am delighted. We now have to build a good team and perform”.

Who is Sanjiv Goenka?

RP – Sanjiv Goenka Group with a US $6 billion asset base and US $4 billion revenue is one of India’s fastest-growing conglomerates with a significant global presence.

Sanjiv Goenka was a former President of the Confederation of Indian Industries (CII) as well as the All India Management Institute (AIMA), and a member of the Prime Minister’s Council on Trade & Industry.

He is also the current Chairman of the Board of Directors of Woodlands Medical Centre Ltd, Kolkata. Born in 1961, Sanjiv Goenka is currently the Honorary Consul of Canada in Kolkata.

Who is CVC Capital?

Established in 1981, CVC is a world leader in private equity and credit with $125 billion of assets under management, $165 billion of funds committed, and a global network of 25 local offices: 16 across Europe and the Americas and nine in Asia Pacific region.

CVC is majority-owned by its employees and led by its Managing Partners. In addition to its private equity business, CVC also has a credit platform, CVC Credit Partners, which has about $29 billion in assets under management.

As expected Ahmedabad will have Narendra Modi Stadium as their home ground which has a seating capacity of 1,12,650 along with hospitality for around 6000 persons.

While Lucknow will have Bharat Ratna Shri Atal Bihari Vajpayee Ekana Cricket Stadium as their home ground which has a seating capacity of around 48,000 with a hospitality facility for around 1000 persons. 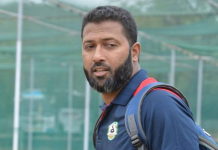