As per a report, the BCCI has chalked out a plan to conduct the IPL 2021 Phase 2 that will be conducted in the UAE in a one-month window between September 15 and October 15.

BCCI postponed the 14th edition of IPL owing to the spike in COVID19 positive cases inside the biosecure bubble.

The BCCI, which has called for a Special General Meeting (SGM) on May 29, is likely to announce the plans on that day. The dilemma has been over two factors — first the ICC T20 World Cup and the second is India’s 5-match Test series against England.

India’s five-Test series against England is scheduled to begin on August 4. Sources pointed out that there was a nine-day gap between the second Test and the third Test.

“If that gap can be reduced to four, it will allow BCCI five extra days to make use of. If we can have those extra days eked out from the India-England schedule, then it adds to the window. If not, then within these 30 days, a full day will have to be set aside for the Indian team and English cricketers to travel from the UK to the UAE, five days will have to be set aside for the knockouts later,” a source was quoted saying by the TOI.

Now according to the latest plans of the BCCI, the remaining part of the 14th season of the IPL is most likely to be played in September-October before the ICC T20 World Cup 2021.

“The IPL will, in fact, be the perfect platform to warm up for the ICC event. The ICC is watching this space with keen interest and will not interfere with the logistics as long as it does not conflict with the World Cup window,” the source said.

UAE likely to host the remainder of IPL 2021

According to reports, BCCI would be conducting the remaining games in UAE rather than the UK for various reasons.

One of the main reasons being UK is likely to witness monsoon during the months of September and October. On the other hand, the weather in UAE is hot in September but begins to cool down by the end of the month.

BCCI can avoid numerous logistical problems as they had successfully hosted the tournament last year as well in UAE. Moreover, a central bio-secure bubble can be constructed in the UAE, and hotels are already aware of the protocols.

Reportedly, IPL franchises to are in favor of shifting the IPL to UAE. 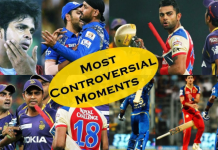 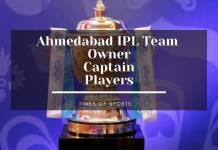