It’s a boom time for Indian cricket, with many countries around the world envious of the quality found throughout the squad. It was no better highlighted in the recent double victory over New Zealand. Not only was there a memorable test triumph, which was a 14th straight test series win at home as noted by The Hindu.

There was also a T20 series win over the Kiwis to boost morale for the side after a disappointing performance against them just a month or so earlier in the T20 World Cup.

That eight-wicket defeat to the eventual runners-up of the tournament in Dubai hurt; it stopped India’s charge to a second T20 World Cup title that almost everyone expected to happen. Despite the disappointment in the T20 tournament, India are still favorites with Bwin Sports for the 2023 Cricket World Cup.

Not only is it on home soil, but as we’ve already mentioned, they excel in the high overs games. Indeed, some of the finest moments ever for Indian cricket came in magical test matches.

We might have to wait a while for 2023 and a possible World Cup win, but to help tide you over, here are some of those noteworthy text match victories to get you in the mood.

There was nowhere else we could start this list than this game against Australia, it had everything. The visitors were on a formidable winning streak of 16 games and after winning the first test many expected it to continue.

That feeling was magnified when hitting 445 in their first innings and reducing India to just 175. India was asked to follow on by then Aussie captain Steve Waugh, and he certainly didn’t expect VVS Laxman and Rahul Dravid to put on a 376-run stand to help them to a 657 run 2nd innings total.

It set the Aussies a target of 384 to win, but Harbhajan Singh had other ideas and took six wickets as Australia struggled to get beyond two hundred, and India took a famous victory.

After the sides had been inseparable in the first two tests, it looked like England would take the victory after they led by 71 runs going into the 2nd innings.

However, leg-spinner Bhagwat Chandrasekhar gave India the perfect platform to overcome the hosts by picking up six wickets for just 38 runs, and England were all out for 101. When Abid Ali hit the winning runs, it was India’s first-ever test win on English soil.

The similarities were drawn with 2001 when India met the Australians at The Gabba, as the hosts were on a 16 match winning run, and again it was to be India who upset the applecart.

Irfan Pathan led the way with a terrific all-around effort but the performances of RP Singh and 19-year-old Ishant Sharma with the ball in hand were the standout. It was arguably the best demonstration of seam bowling seen, especially from Sharma, who had a proper battle with Aussie skipper Ricky Ponting.

The bowling attack eventually brought down the stern resistance of the home side, as India won by 72 runs and won the series.

It looked for all as though Australia would walk away with this test following Ponting’s double century as they raced to 556, and the chances of an India win looked even more gloomy when they slipped to 85-4.

But just as quick as the local media were to write off the visitors, the game turned around. The previous nemeses of Australia, Dravid, and Laxman, gave India hope as they reached 523 in the first innings before Ajit Agarkar took six wickets, which allowed Dravid to seal the win with an unbeaten 72 hitting the winning total of 230. 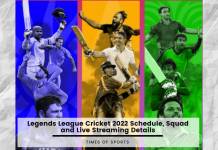