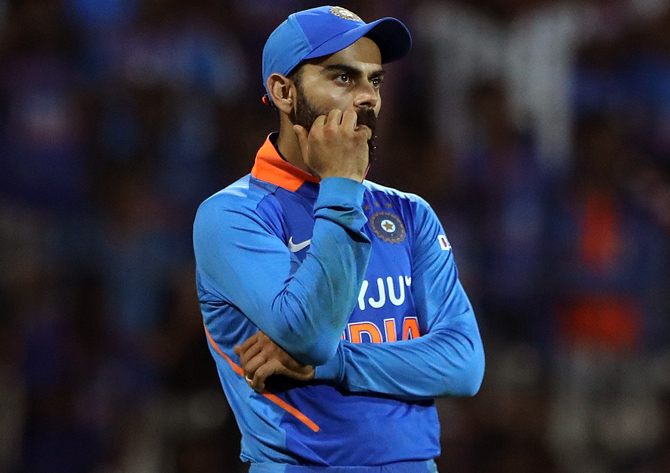 Virat Kohli has shown his disappointment with the decision taken regarding Ravindra Jadeja’s run out in 1st ODI against West Indies in Chennai. After India’s victory in the T20 Series as 2-1, the Indian team headed to Chennai from Mumbai for the first ODI. West Indies had won the toss and elected to field first.

In the course of play when India is on 268-5 at the end of 47th Over, Keemo Paul came to bowl his 6th over of the innings. He got Kedar Jadav’s wicket of his third ball, caught by Pollard at long-off, which made Jadeja to take the strike of the next ball. Jadeja strikes the ball to silly mid-off region and tried to take the single, where Roston Chase came and forced a direct hit. The umpire (Shaun George from South Africa) was in a good position to call it out or direct it for a third umpire decision, but he carelessly left it though Roston chase appealed for it. The bowler came back to deliver the next ball. After seeing the reply on the big screen, west indies from the dug-out insisted Jadeja is short of the crease and asked Pollard to appeal for it, so did pollard.

Soon after, pollard appealed it again, the on-field umpire had gone for third umpire’s referral and given it as out. It should not be the right way of giving out, though the batsman was out, where Kohli standing near the boundary line with angry face. On asking about that particular dismissal in the post-match presentation, he fumed in a way that he hasn’t seen anything like that in cricket before. Here’s what Kohli said,

” The fielder asked about the run-out and the umpire said not out. This dismissal end there. The people sitting outside cannot tell the fielder and they can’t ask the umpire about reviewing the runout. I have never seen this in cricket. I don’t know where the rules are. The referee and the umpire has to take that up and decide. The people sitting outside the field shouldn’t dictate what happens on the field and that’s exactly what happened there. “ 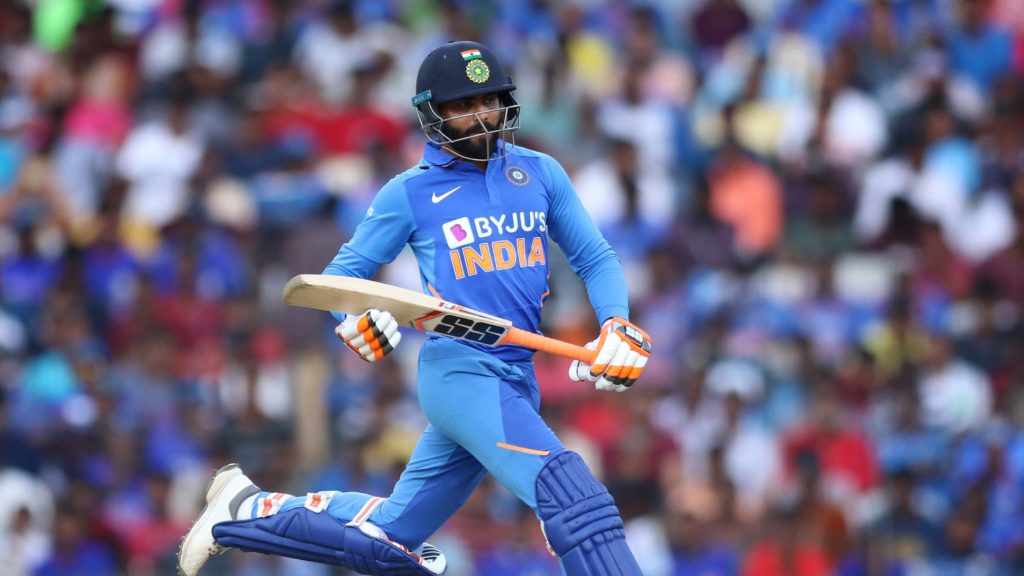 On the other hand, when asking about the same in the post-match presentation, Pollard said “At the end of the day, the right decision was made and that’s the most important thing for me.” Pollard was a happy man without any doubt as they have made a record run chase at the MA Chidambaram Stadium, Chennai. Shai Hope and Shimron Hetmyer had stitched on to a 218 runs partnership for the 2nd wicket, where the later registered his swash-buckling 5th ODI Century scoring 139 runs off just 106 deliveries.

Apart from that, on asking about their team’s loss in the first ODI of the series, Kohli was on his positive sides of the Indian team as he lauded Pant and Iyer’s responsible Innings though himself and Rohit failed at the top order.

“Very good signs for us with the performances of Iyer and Pant. Myself and Rohit not clicking today gave a good opportunity for the youngsters to stitch together a partnership. You try to go in with as many options as you can.”

He further added about the bowling option with which they have gone in this match,

Next ODI is scheduled on December 18th, 2019 in Visakapatnam, where India will go into the game as a must-win situation to equalize the 3 match series. 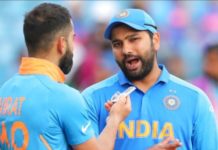 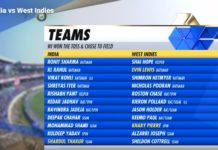