Man Utd vs Brighton: That Manchester United had a shambolic preseason is not in doubt, and their start to the season said it all. The Premier League giants bottled their league opener with a 2-1 home loss to Brighton, which has now opened a fresh round of scrutiny.

The case for Cristiano Ronaldo’s importance to the team has once again come to the fore after a lot of speculation over his long term future and if United really need to hold on him in light of the Portuguese star stating his desire to leave.

Manager Erik Ten Hag stepped up to laud Ronaldo’s output after the loss, but the fact that Man Utd immediately dived in for new players could be construed to mean otherwise. Their performance was flat, to be sincere, and Brighton took advantage. It should definitely concern United that they can’t command the profile they once had but more with the depth in the team.

This was a continuation of their performance last season and at this rate, the Premier League odds on SportyTrader, where United are concerned will not place the giants as favorites in games they would ordinarily win with ease.

An approach for former Stoke City man, Austrian Marko Arnautovic has already been rejected, but then at their best, Manchester United would not even be going for Arnautovic, currently playing for Italian Serie A side Bologna. The fact that United made a €9m bid for the forward says all about the kind of player he is rated at. He is 33, and not a player expected to sign a long term contract; more of a similar player to Edison Cavani who just left.

It hasn’t all been gloomy for Man Utd; at least reports have it that a deal to sign Juventus midfielder Adrien Rabiot has been reached and the Frenchman will be arriving at United soon. Rabiot had a year left on his Juventus deal and what remains now is the agreement of personal; terms and United will have their man.

Manchester United seem to be putting in a lot of strength on beefing up the midfield. One deal that has been on and off is that of Barcelona man Frenkie de Jong. The interest has gone up after Ten Hag watched his charges humiliated at home and the downside that now the Premier League giants will not be on a very strong footing in this chase.

All through the summer, the desire to bring the midfielder to Old Trafford has been there and while United feel he can aid their ailing midfield, Barcelona may only sell because of financial challenges at the Spanish club and not because the player or the club wish to do business.

As United look to add, there’s also a lot of chopping to be done, and this is despite releasing a number of players after a dismal run last season. Aaron Wan Bissaka has been singled out as a player to be released before the transfer window closes and Crystal Palace are open to taking him back on loan after leaving for £50m in 2019. 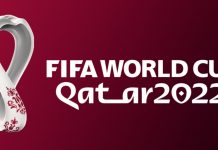