Earlier in December 2022, all participating teams announce their squad along with traveling reserves for the upcoming ICC Under 19 World Cup 2022.

U19 WC 2022 will be Cooper Connolly’s second consecutive ICC under 19 World Cup after earning selection as a 16-year-old for the 2020 tournament in South Africa.

“It is a huge honour to be named captain of Australia for the Under 19 World Cup, I’m incredibly thankful for the opportunity to lead our team,” Connolly said on Sunday (January 2).

“We are fortunate to have strong leaders in our group, and I know I have fantastic support around me.

“I’m thrilled to be playing for Australia again, the World Cup is the ultimate under-age carnival and as a squad, we are excited to embrace the opportunity that’s in front of us.”

Alongside him, NSW quick Jack Nisbet, Tasmanian all-rounder Nivethan Radhakrishnan and pacer Jackson Sinfield have also been named in the 15-man squad.

“The 17-year-old Harkirat Bajwa will tour as an underage player and will still be eligible for selection in the 2024 tournament,” a CA release stated.

“Our squad includes players of all disciplines with experience in domestic cricket environments, and many have produced eye-catching performances across a variety of strong competitions this season,” Anthony Clark, Australian Men’s Under 19 head coach, said.

“The Under-19 World Cup provides players with an exceptional development opportunity and we look forward to seeing them represent their country with distinction.

“Cooper is a wonderful talent and a strong character who has thoroughly earned the opportunity to lead his country at the World Cup,” he said.

“He has already displayed his ability on the world stage and we’re excited for what he can bring to the group both on and off the field at this year’s tournament.”

“It was a challenging selection process, but we are confident in our system and have closely monitored the development of our U19 players over the past two years,” Graham Manou, Cricket Australia’s Head of National Development, said on Tuesday (December 14).

“From a talent ID perspective, we’ve had access to world-leading technology that has allowed broader and more in-depth conversations between the coaches and players.

“Inevitably, there were difficult selection decisions, but we will continue to support and monitor the development of all players in our pathway systems.”

Australia will play three pool games before the teams will split into two 8-team groups for a Super League and Plate finals series. Before departing for the West Indies, the squad will have a training camp in Melbourne starting December 28. 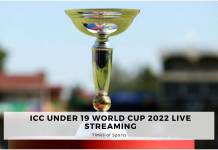 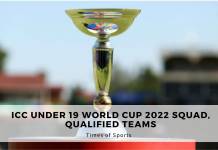 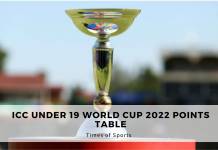