Australian Test skipper Tim Paine felt they fell for distractions created by India during the visitors’ dramatic series triumph in the 2020-21 Border-Gavaskar Trophy. Paine felt India were good at sideshows and the Aussies fell for them.

Paine’s comments came in connection to the final Test of the 2020/21 Border-Gavaskar Trophy at the Gabba in Brisbane, which Australia lost by three wickets, allowing India to seal the Test series 2-1.

“Part of the challenge of playing against India is they’re very good at niggling you and trying to distract you with stuff that doesn’t really matter and there were times in that series where we fell for that,” Tim Paine said, as quoted by news.com.au.

“The classic example was when they said they weren’t going to the Gabba so we didn’t know where we were going. They’re very good at creating these sideshows and we took our eye off the ball.”

The Aussie captain is referring to the furor that was caused as the visitors refused to leave for Brisbane where the series decider was scheduled to begin. Some of the former Aussie cricketers questioned India’s tactics and said they are chickening out because of the Gabba strip as the venue was a fortress for the home team and no visiting team had won there in 32 years.

The series went down to the wire as India beat Australia in MCG after losing the first Test. Then Rahane-led side enforced a draw against all odds at SCG. With series locked 1-1, both teams headed to Brisbane where some heroics from Mohammed Siraj, Rishabh Pant, Shardul Thakur, and Washington Sundar made sure the tri-color furls at the Gabba.

Virat Kohli‘s men will travel to England in the first week of June and complete the mandatory quarantine period before taking on New Zealand in the World Test Championship final in Southampton from June 18. 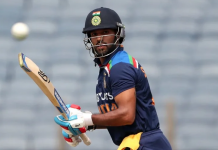 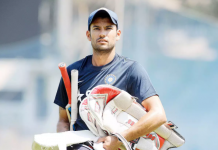