KKR’s wicket keeper batsman Dinesh Karthik gave a glimpse regarding Virat Kohli‘s view on the Hundred Cricket. ECB introduced a new format in cricket history by making the Hundred Cricket which is set to play with a total of 100 deliveries.

Though ECB introduced various rules for the Hundred cricket format it still remains in suspense on how the audience will react to the game. ECB released the Hundred cricket schedule which consists of 32 league matches which kick start from July 21 with finals on August 21.

ECB also released the Hundred cricket squad details for the inaugural tournament whcih consists of 8 teams in total which were named after the cities in England. Both men’s and women’s teams are named under the same team name and play the match on the same day on the same ground.

Dinesh Karthik on Kohli’s view of The Hundred

DK says that Indian skipper is a stright forward type person so if he watches and likes the Hundred cricket he would never hesitate to praise the game.

“That’s his opinion and it’s very fair. Each is entitled to their own and you have to respect it. Maybe if he watches it… he’s a straightforward guy and if he likes it, he’ll say, and if he doesn’t, he’ll say he doesn’t,” Karthik told The Guardian in an interview.

Stressing on Kohli’s dedication towards Test cricket, Karthik feels the India captain’s take on the Hundred will remain a mystery, until he does in fact talk about it, and while Kohli is sucker for the traditional format of the game, it’s a case of never say never with him.

“He loves Test cricket and he’s one of the reasons it’s where it is today; I think it’s in a stronger place than five years ago. It’s good to see people like him speak up for it and if he watches the Hundred and he likes it, he’ll say so,” Karthik added.

Kohli and Co are now in Durham where the Indian side will play a three-day warm-up game against the Select County XI. That will help the side get accustomed to the conditions in the UK ahead of the five-match Test series.

One felt that India was walloped in the inaugural WTC final because they were under-prepared. This time they do not want to leave any stone unturned. 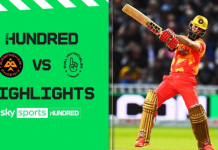 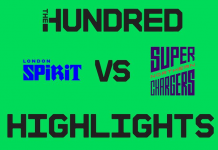