Australia is the defending holders of the Ashes going into the series, having won in 2017–18 with the 2019 Ashes series ending in a draw. The series will be part of the 2021–2023 ICC World Test Championship. Australia won the first Ashes trophy in 1882/83 series and Check The Ashes Winner’s list.

The series is scheduled to be played at five venues across Australia between 8 December 2021 and 18 January 2022.

The five venues will be the Gabba, Adelaide Oval, the Melbourne Cricket Ground, the Sydney Cricket Ground, and the Perth Stadium. Check out the schedule for The Ashes 2021-22:

Check out the captains for both the participants of the Ashes series 2021-22.

England announced the squad for the upcoming Ashes series where the star performer Ben Stokes has been included.

Stuart Broad, who tore a calf after the first Test against India in August, has also been included subject to proving his fitness in a pre-departure training camp at Loughborough.

Pat Cummins has been appointed as Test skipper after Tim Paine steps down as Test Captain role. While Tim Paine is expected to continue as wicketkeeper in Ashes he announces that he will take an indefinite mental health break from cricket.

Cricket Australia announced the squad for the first Ashes test match. Check out the full squad details below:

Where can I watch Ashes 2021-22? This will be the major question that arises to every Ashes fans whenever ECB or CA announces the schedule for the series. Here is a list of channels that will broadcast the 2021-22 edition of the Ashes live and online.

Sony Network bags the rights of telecasting The Ashes 2021-22 in India. Apart from telecasting in Television, Sony offers seamless service in the OTT platform.

The last series in England was broadcast by the Nine Network, but on home soil, all 5 Tests are available on both free-to-air on Channel 7 plus subscription services Foxtel iQ, Foxtel Now, and Kayo Sports.

But You can’t use the BT Sport Monthly Pass to watch BT Sport through a set-top box from Sky, Virgin or any other TV provider. 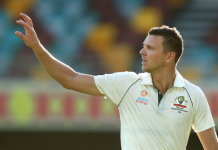 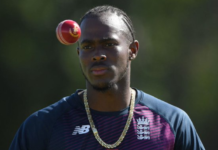 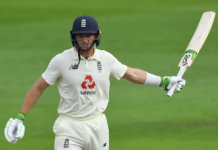