Apart from playing sports almost every cricketer or sports person earns a massive amount by endorsing a product. Some even own their own branding and promote it during their matches.

Here is the list of the top 5 Indian cricketers who registered their name in the list of Richest Cricketer in India with their brand endorsement product list:

Legend Sachin Tendulkar holds the top position of the list of Richest Cricketer in India. The Master Blaster who creates various records on field still remains an idol for many young aspiring cricketers.

After his retirement, the little master now owns a team named ‘Bengaluru Blasters’ in the Premier Badminton League and recently sold his stake in the ISL team named ‘Kerala Blasters’.

In terms of his real estate holdings, Sachin’s current home which is a 6,000sqft villa in Bandra, Mumbai is estimated to be worth INR 38 Crore and also owns another apartment in BKC worth INR 7.15 Crore.

Sachin Tendulkar receives a major portion of his income from the Brand Endorsement Fee which includes the following brands:

As of many cricketers, Sachin Tendulkar too has the enthusiasm in collecting luxury cars. Following are the known cars that are owned by Master blaster Sachin Tendulkar:

Former India skipper MS Dhoni holds the second position next to Sachin Tendulkar with a net worth of Rs 785 Crore ($ 108 Million) in the list of Richest Cricketer in India. MS Dhoni is the only captain in international cricket to win three ICC trophies.

MS Dhoni also has a stake in Chennaiyin FC of the ISL and also owns the team ‘Ranchi Rays’ of the HIL. Further, MSD launched brand ‘Seven’ which is an active lifestyle brand that caters to the men’s apparel and footwear space.

MS Dhoni’s famous 7-acre farmhouse in Ranchi is estimated to even exceed the price tag of INR 50 Crore.

He is considered to be one of the greatest wicket-keeper batsmen and captains in the history of cricket. MS Dhoni was also the second Indian cricketer to be conferred the honorary rank of Lieutenant Colonel from the Indian Territorial Army.

In 2016, a biopic film was made based on his life, cricket career and the team win at the 2011 Cricket World Cup known as M.S Dhoni: The Untold Story.

MS Dhoni who has a mad interest in cars, build a separate building to showcase his car and bike collections. His huge collection of cars includes

But more than cars, Mahi loves bikes and we all know that. His wife recently shared a glimpse of Dhoni’s garage on social media which revealed that two floors of the garage were reserved just for his bike collection.

Team India skipper Virat Kohli who is well known for his brand value is the third richest cricketer in India with a net worth of Rs 770 crore. According to BCCI’s central contract, he receives about 1.25 crore annually, as his retainer fee.

There are multiple real estate properties owned by Virat Kohli. However, he stays in two houses. One in Delhi and one in Mumbai.

Moreover, Kohli and his wife Anushka Sharma own a luxurious 7171 sq ft apartment in Mumbai costs Rs 34 crore. On the other hand, the Indian skipper alone earned INR 196 crores through advertisements of various brands in 2020.

Last year Kohli became the first Indian Cricketer to sign a 110 crore deal with a single brand, puma. Kohli has his own fashion brands Wrogn and One8 (partnering with Puma). Other brands that he promotes are Audi, Tissot, Manyavar, American Tourister, and the likes.

The Indian cricket team captain Virat Kohli is one of the most sought-after cricketers in terms of brand endorsements. He has been part of a lot of advertisements and is the only cricketer to be part of the top 100 highest-paid athletes according to Forbes magazine 2020.

Current Indian skipper Virat Kohli owns a bunch of luxury cars which includes a maximum of Audi series. Following are the list of cars that are owned by Virat Kohli:

Former India opener Virender Sehwag has a huge net worth of Rs. 286 crores and is the fourth richest cricketer in India.

Sehwag earns a massive 5.7$ million USD salary from BCCI. Also, he earns a massive amount of fees from IPL matches held in India. He is also the head coach of Kings XI Punjab and has signed a $1.8 million contract for IPL.

Sehwag is very active on social media, especially on Twitter. He reportedly earns around 3 million $ from his tweets.

Sehwag has a large car collection, which includes the best luxury cars in the world. Some of the brands he owns are luxury cars such as Bentley Continental Flying Spur and BMW 5 series.

Former all-rounder and the ‘key player’ of India’s 2011 World Cup-winning team India, Yuvraj Singh holds fifth place in the richest cricketer in India list with a net worth of around Rs 255 crore.

He has also invested in his own brand, YouWeCan (YWC), which donates money to struggling cancer victims who are unable to afford their own treatments. In April 2015, he agreed to spend 40-50 crores on online startups such as Vyomo, Moovo, and Healthians in order to strengthen his hold on YouWeCan.

Yuvraj Singh resides in a sprawling Mumbai apartment with Hazel Keech, his wife. The couple married in 2016. As per reports, Yuvraj Singh’s lavish apartment is estimated to have a market value of Rs 64 crores.

He owns an entire floor in the notable Omkar 1973 residential realty project at Worli in Mumbai. Singh stays on the 29th floor, which offers mesmerising views of the Arabian Sea. He purchased two apartments on the floor, covering 16,000 sq ft in total.

All-rounder earns the majority of his income from the cash-rich Indian Premier League. The all rounder’s IPL salary details are as follows: 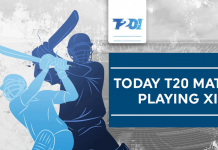 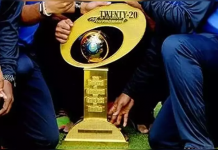