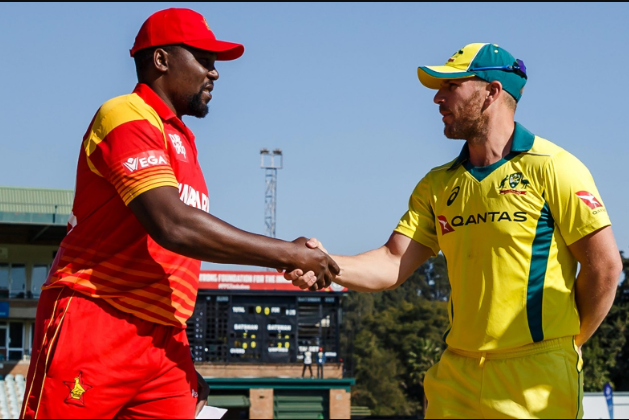 Zimbabwe’s voyage through Australia for three One-Day internationals in August has become the most recent sporting fixture to be delayed because of the COVID-19 pandemic.

The matches were to have been played on August 9, 12 and 15 but citing “concern for the health and safety of players, match officials, and volunteers”, Cricket Australia announced the series would not go ahead as planned earlier. However, the board said they would re-work the schedule.

“While we are disappointed to postpone the series, (Cricket Australia) and (Zimbabwe Cricket) agree that in the best interest of players, match officials, volunteers as well as our fans, that this is the most practical and sensible decision,” said Cricket Australia CEO Nick Hockley.

“We are committed to working with Zimbabwe Cricket on alternative dates to reschedule”, he added.

Zimbabwe Cricket, meanwhile, said there was no other option.

“We were excited about facing Australia but, given the circumstances, deferring the tour was the only possible option,” said Givemore Makoni, Zimbabwe Cricket’s acting managing director.

“We are, however, looking forward to the rescheduling of the series as soon as practically possible.”

Zimbabwe would have needed to experience a 14-day isolate when entering Australia, and conceivable further separation when traversing state limits inside Australia.

The last time Zimbabwe visited Australia return in 2003-04. The last time the two groups met in One-Day International cricket was in 2014 when Zimbabwe had vexed Australia, winning by three wickets. Australia had overseen just 209 for 9 batting first in that coordinate in Harare, with Zimbabwe pursuing it down with three wickets and two overs to spare.

“While it hasn’t been formally called off this year, or postponed, trying to get 16 countries into Australia in the current world, where most countries are still going through COVID spiking, I think it’s unrealistic, or it’s going to be very, very difficult.

“The ICC is having meetings as we speak, it’s a bit of a movable feast at the moment,” Eddings was quoted as saying by the reporters.

As Eddings mentioned, inviting players from 16 countries and hosting them in a bio-secure environment calls for daunting logistical challenges for Cricket Australia.

Australia Prime Minister Scott Morrison allowing up to 10,000 spectators in venues with a seating capacity of less than 40,000 had given hopes regarding the World Cup being played on its scheduled time. Having said that, the CA Chairman’s latest statement speaks of the otherwise.