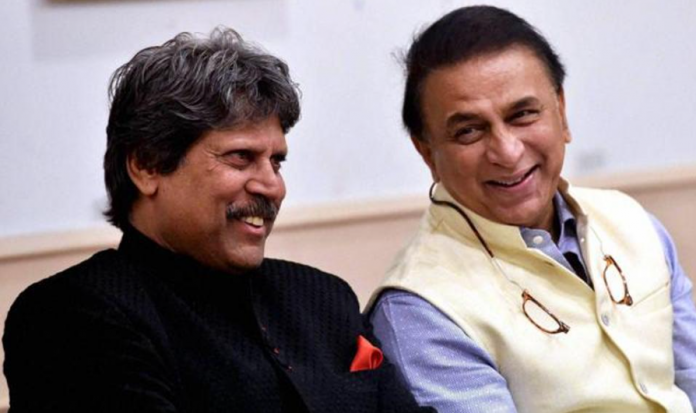 Former India captain Sunil Gavaskar, who has completed 50 years in cricket, has cleared the air on the heavily controversial topic of dropping Kapil Dev for the 1984 Kolkata Test against England.

A controversial moment happens in 1984 when the 1983-World Cup-winning captain Kapil Dev was dropped from the team for the Kolkata Test against England.

Under Gavaskar’s leadership, India went on to win the game by 8 wickets. Back then, it was reported that Kapil was dropped by Gavaskar due to his poor performances.

On being asked about the same in a recent interaction, Gavaskar said that it was ‘a myth that has been spread’ for a long time.

Gavaskar said that a lot has been spoken about his relationship with Kapil Dev but the two share a mutual respect for each other.

His circle of friends was different. He was 10 years younger than me his circle of friends even now is different. But that doesn’t mean that you know, we don’t like each other or whatever it is, it was just spread and sadly it has remained much in the same case that there is talk about two of our stalwarts in the current Indian team as well as that they don’t get along,” Gavaskar said.

“We don’t know the story, but it is something because cricket is such a popular game in India, people like to spread stories like this. So, the thing about Kapil’s dropping is yes being part of the selection committee, collective responsibility. Yes, that way I am also to be blamed but I did not propose dropping a couple of days for the next Test,” he signed off.