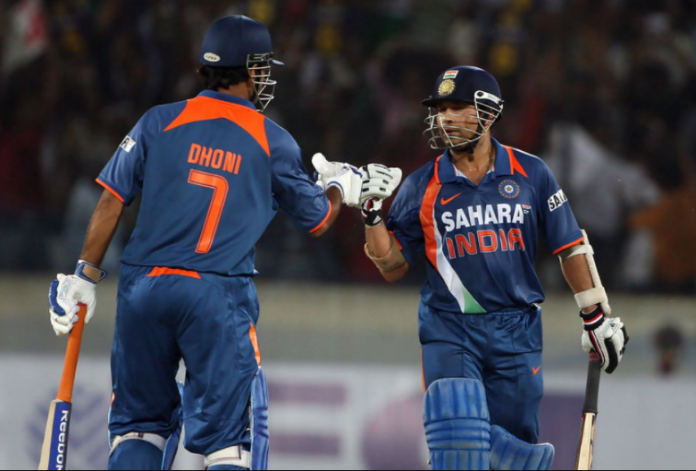 Sachin Tendulkar suggests MS Dhoni to be the next leader

Sharad Pawar, while addressing a public meeting on Sunday, revealed that Tendulkar had suggested MS Dhoni’s name for India limited-overs captaincy in 2007 when Rahul Dravid wanted to give up the role.

“I remember India had gone to England in 2007. At that time, Rahul Dravid was the captain. I was there in England then and Dravid came to meet me. He told me how he no longer wanted to lead India. He told me how the captaincy was affecting his batting. Later He told me that he should be relieved from the captaincy. I then asked Sachin Tendulkar to lead the side, but he refused the role,” Pawar said.

“I told Sachin that if both of you and Dravid do not want to lead the side, how will we go about things? Then Sachin told me that we have one more player in the country who could lead the side and his name is none other than MS Dhoni. After that, we gave the leadership to Dhoni,” he added.

In 2007, under Rahul Dravid’s leadership, India was knocked out of the 50-over World Cup in the group stages and the side was subjected to severe criticism. In the same year, Dhoni was named as skipper for the T20 World Cup and later on, he went on to lead the country in both ODIs and Tests.

Dhoni became India’s Test captain in 2008 and led India to the No. 1 spot on ICC Test Rankings.

Dhoni represented as captain in 200 ODIs out of the 350 he played while he led India in 60 Tests and 72 T20Is. MSD has 195 international stumpings, the most by any wicket-keeper. Dhoni played 350 ODIs with his highest score being 183 against Sri Lanka.