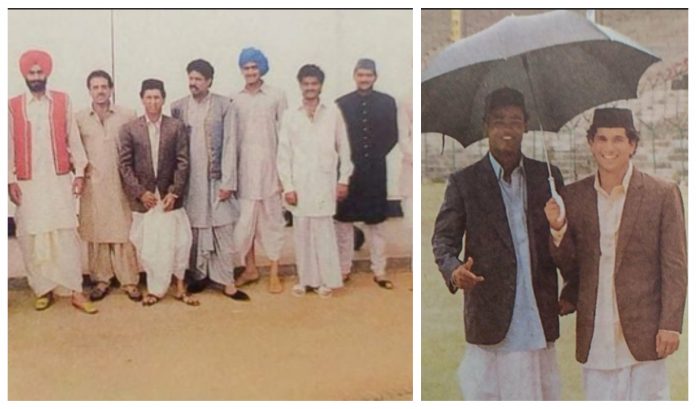 Sachin Tendulkar replies to throwback photo shared by Harsha Bhogle on Twitter. Harsha Bhogle posted a picture of the then cricket players along with staff where they found wearing their traditional state dress.

In which Sachin Tendulkar and Vinod Kambli seen missing and it was quoted by Harsha Bhogle in his post.

Sachin Tendulkar and Vinod Kambli have been long-time teammates and friends. Their camaraderie was on display one fine day in 1993 when the duo dressed up in ethnic Indian wear for a team grouping.

Cricket commentator Harsha Bhogle posted a picture of this grouping on social media and asked, “How many of you can get all of them?” WV Raman, part of the India team at the time and in the picture, pointed out the players who were missing. “The missing ones are @sachin_rt and @vinodkambli349,” Raman commented on the post.

The missing ones are @sachin_rt and @vinodkambli349

Tendulkar was quick to notice that he was found missing and revealed his whereabouts with a picture where he is seen posing with Kambli, who is holding an umbrella.

The caption in Marathi translated to “We are here.”

The star-studded picture had Raman, Kapil Dev, Navjot Sidhu, Kiran More, Anil Kumble, Venkatpathy Raju, Mohammad Azharuddin among others and all of them were dressed in ethnic Indian wear from their part of the country.

When a journalist enquired about the occasion of such an emphatic coming together of stars, Raman recalled the occasion: “The broadcaster wanted to do an AV for the Independence day in 1993. We were leaving to SL around June /July.”

Tendulkar, all of 20 at the time, sported a cherubic smile alongside his mate Kambli, with whom he put up an epic 664-run partnership in school cricket in 1988. 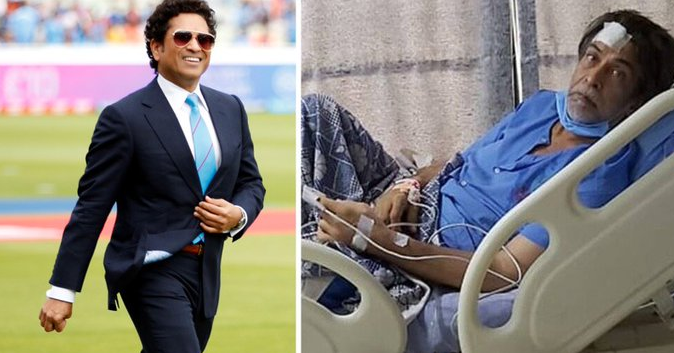 Former Indian cricketer Sachin Tendulkar has provided financial help to bat-maker Ashraf Chaudhary, who’s currently hospitalized. The latter has gone through a rough time in the coronavirus pandemic after facing a financial crisis due to the loss of business.

“Tendulkar came forward and has spoken to Ashraf Chacha. He has also helped him financially. A major chunk of the finances has been donated by the legendary batsman,” Jethmalani, on Tuesday, August 25, was quoted as saying in Times Now.