Pakistan ODI and T20 captain Babar Azam has told his English district club, Somerset that he would not show the logo of any liquor refreshment organization on his shirt during the progressing T20 Blast occasion in England.

Babar, who joined Somerset after Pakistan’s tour ended on Tuesday, was found in the first match for the club, wearing a shirt that had the logo of a liquor organization on his back.

It prompted some reaction via social media yet a source near the Pakistan captain affirmed he had made it clear in his agreement with Somerset he would not advance any liquor organization logo. 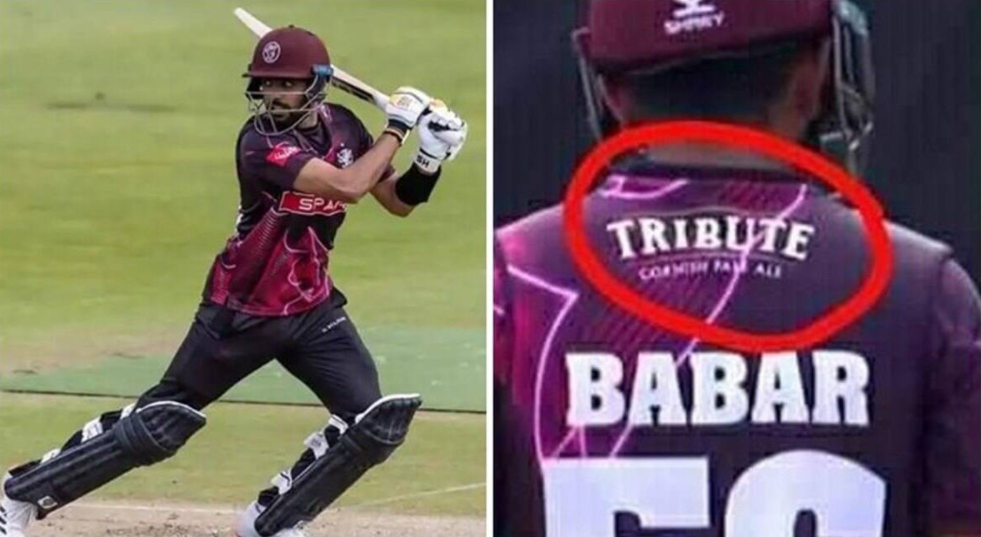 “Apparently the logo was on the back of Babar’s shirt by mistake and the county has assured him it will be removed for the next match,” the source told PTI.

A good start for Babar at Somerset

Babar in his first appearance for Somerset scored 42 runs and took a shocking catch to lead his group to a 16-run triumph.

In the past Muslim players speaking to different groups including England, South Africa, and Australia have would not wear packs showing the logo of any liquor drinks organization in spite of experiencing enormous misfortunes in profit their particular cricket board.

Hashim Amla and Imran Tahir in South Africa, Moeen Ali, and Adil Rashid in England are a couple of examples.

The Pakistan cricket board allowed not many of its players including Babar, Imad Wasim, and Shaheen Shah Afridi to remain back in England and play the T20 blast tournament.