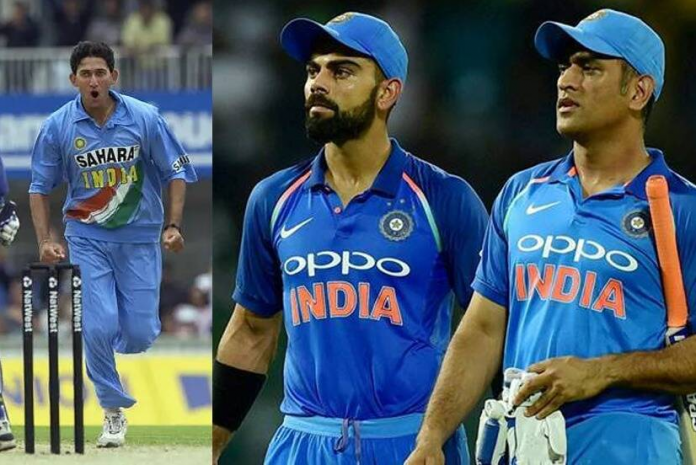 Virat Kohli has shown more faith in fast bowlers than his predecessor MS Dhoni, feels former India pacer Ajit Agarkar. Agarkar said that Dhoni had more faith in slow spinners during his tenure as India skipper, and that is not the case with Kohli.

“The major difference I see is that MS Dhoni used to depend a lot on the spin bowlers to make his strategies. Virat Kohli, in a slight deviation, has shown more faith in fast bowlers,” Agarkar said during a chat on Star Sports Cricket Connected.

Agarkar believes because of this reason India has done better in overseas Tests under Kohli’s leadership. “Because of that when India plays overseas Test matches, it has made a lot of difference to the results. The performance has been better and we have been able to compete for more. Probably this was a stark difference because both had a different way of leading, but both got a lot of success,” he further said.

“Virat Kohli has been a captain for such a long time in all formats and we can see how good the results have been. The methods might be different but if you show faith in your players, then you get good results as a captain,” Agarkar added.

Legendary cricketers like Sachin Tendulkar, Rahul Dravid, Mike Hussey, Micheal Vaughn, and many others said that Dhoni is a good captain. But Dhoni himself told India will win more matches in Kohli’s captaincy than it won in his captaincy. So far, Dhoni is the best captain for India and also in the history of cricket.

Kohli-led India travels to Australia this winter and will look to win the series like they did last time, but this time with David Warner and Steve Smith back in the scheme of things for the hosts, it will be a difficult task for the visitors.

Meanwhile, both Kohli and Dhoni will be leading their respective franchises in the upcoming season of the IPL in UAE, which starts from September 19.

Dhoni vs Kohli in ODI Format as Captain: