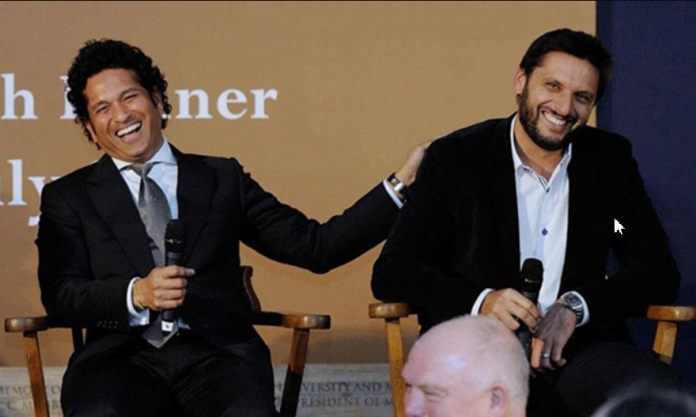 Former Pakistani cricketer Shahid Afridi revealed that during 37-ball century innings he used the bat of Sachin Tendulkar. Afridi scripts this unbelievable record in his second ODI match which he played against Sri Lanka in Nairobi.

In his autobiography, Game Changer, Afridi said that Sachin gave the bat to Waqar Younis for a custom-made replica to be made of it in Sialkot. But before the bat could go for the replica process, it landed in Afridi’s hands when Younis gave it to him just before he went out to bat.

In the match, which was against Sri Lanka in Kenya, Afridi smashed 102 runs off 40 balls which included 11 sixes and six boundaries. It was the first time Afridi got to bat in an innings.

The match against Sri Lanka was the 6th Match of the KCA Centenary Tournament at Nairobi, Kenya, and was played on 4 October 1996. 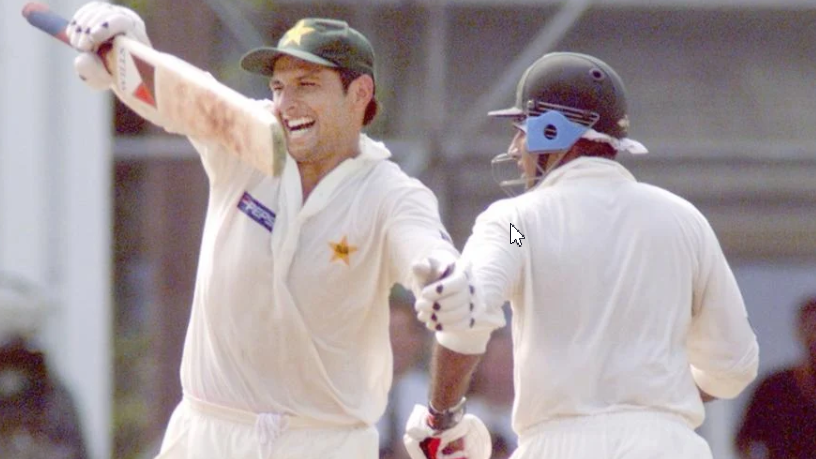 It was Afridi’s debut series. The allrounder’s carnage helped Pakistan post a total of 371/9 in 50 overs. Chasing the target Sri Lanka got all out for 289 runs and hence lost the match by a margin of 82.

Afridi’s ton was the fastest by any batsman in ODIs till it was shattered by Kiwi allrounder Corey Anderson with a 36-ball hundred against West Indies in 2014. In 2015, AB De Villiers broke Anderson’s record by hitting a century in 31 balls (149 off 44 balls) against West Indies.

In his book, Afridi also revealed that his actual age at the time he scored the record-setting ton was 19 and not 16.

“For the record, I was just nineteen, and not sixteen like they claim. I was born in 1975. So, yes, the authorities stated my age incorrectly,” he said in Game Changer.

However, if we go by Afridi’s birth year then in 1996, when the Karachi-lad achieved the feat, he must be 20.