Mumbai Indians batsman Suryakumar Yadav breaks his silence on the staredown conversation with Virat Kohli. The incident took place during the league match between Mi and RCB in IPL 2020.

Virat Kohli attempted to make a negative tactic by walking up to the batsman and giving him an unnecessary stare during the match. The incident grabbed the eyeball of every fan and some praised Suryakumar Yadav for his silent move.

While Kohli charged towards the MI batsman to sledge him Yadav stared at him with an expressionless face before going away. Although that incident seemed to have ignited from the heat of the moment, fans now speculate that Yadav has some grudges with the top-ranked ODI batsman.

The gesture by Kohli seemed to have backfired as the MI batsman smashed a match-winning knock of unbeaten 79 off 43 to take his side over the line. Surya also won the man of the match award for his brilliance with the bat.

Suryakumar, who had a brilliant IPL season revealed what Kohli told him after the match. The MI batsman revealed that Kohli praised him for his breathtaking knock. But also admitted that it was extreme pressure while he was in the middle.

“After the game, it was completely normal because he walked by my side and he said, ‘Well played, great knock, and all that stuff.’ It was normal like just another day like how you meet your friends and practice. For the 60-65 minutes for which I was batting, it was under a lot of pressure but I really enjoyed that innings.” he said on Sports Tak.

Indian skipper Virat Kohli who currently on the Australia tour receives many backlashes for his negative gesture. On the other hand, Mumbai Indians with their strong batting and bowling order lifts their fifth IPL trophy. 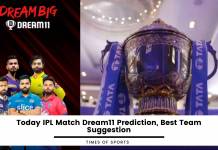 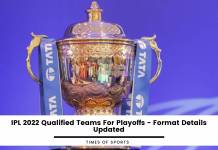 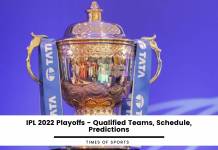