World No 1 T20I bowler Tabraiz Shamsi, who has been picked by the Rajasthan Royals for the second leg of the Indian Premier League (IPL), feels taking wickets in the sport’s shortest format is not everything.

Tabraiz Shamsi,has signed by Rajasthan Royals for the remainder of IPL 2021 as the replacement for Andrew Tye.

The IPL 2021 second leg starts on Sunday and Rajasthan Royals will face Punjab Kings on September 21. Shamsi believed that the definition of a good spell has evolved.

“With reference to the conditions in UAE and the short boundaries in Sharjah, I think it is a challenge. But it also means that you have an opportunity to get wickets,” said Shamsi.

“Sometimes, on grounds like that, a spell which goes for 35-40 runs can be a match-winning spell, whereas in other games, a spell of 3 or 4 wickets can change a game. So, I think it’s not just about taking wickets,” added Shamsi, who had picked up 3 wickets in 4 IPL matches in 2016 for Royal Challengers Bangalore.

Shamsi, who has 40 wickets in 30 ODIs and 49 wickets in 42 T20Is for South Africa, was not picked by any IPL franchise during the auction. He says ‘you would expect the World No. 1 bowler to be in huge demand but it hasn’t been the case in the IPL.’

“In the past when I was younger, it (not getting picked) did affect me a little bit. But as you grow older, you realize there are bigger things in life.

“You understand that there are certain things you can’t control, and I was certainly in that space.

“I feel like I just have to do my work, and if a team feels I can benefit them with my services, they would pick me like Rajasthan has, and I’m going to try my best to make sure that we win the competition,” said Shamsi.

Rajasthan Royals made a couple of changes ahead of IPL 2021 phase 2, Check the full squad details by clicking here.

The second phase of the IPL 2021 is set to play in UAE with the opening match between Mumbai Indians and Chennai Super Kings on September 19. 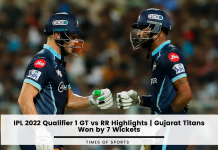 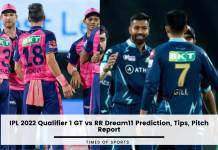