Delhi Capitals skipper Shreyas Iyer starts his training ahead of the IPL phase 2. Iyer dislocated his shoulder in the first ODI against England in March, and the injury subsequently ruled him out of the first half of IPL 2021.

Owing to the injury Shreyas Iyer has been ruled out of the IPL 2021. As a result, the Delhi  Capitals appointed Rishabh Pant as the skipper of the franchise, and the wicket-keeper did a fine job, with the franchise topping the IPL 2021 points table at the time of suspension.

During IPL 2020, under Iyer’s captaincy, DC finished the league phase in second position. But their fairy-tale run was brought to an end by Mumbai Indians (MI) in the final.

Earlier in the month, Shreyas Iyer had pulled out of the Royal London Cup, a 50-over tournament in England, for which he had signed with Lancashire.

Keeping these apart Iyer resumes his training for the IPL 2021 phase 2 which is scheduled to play in UAE.

However, a report states that Iyer has begun training in Mumbai with DC’s assistant coach Pravin Amre, and is eyeing to be fit in time for IPL 2021, set to resume on September 19.

“They have been working indoors mainly because there is no permission to do so outside. And there has been rain in Mumbai too,” a franchise source told.

The report also reports that Iyer will report to the National Cricket Academy in Bengaluru in the first week of August. The 26-year-old is said to have shown ‘great progress’ and thus is expected to be fit in time for the second half of the tournament. The IPL will serve as Iyer’s last opportunity to push for a spot in the World T20 XI.

The UAE leg of the tournament starts on September 19 with a high-voltage clash between Mumbai Indians and Chennai Super Kings in Dubai. Delhi Capitals play their first match on September 22 against Sunrisers Hyderabad.

The first playoff is slated for October 10 with the final on October 15, just days before the T20 World Cup begins. 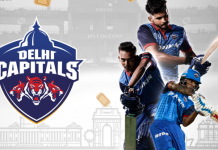 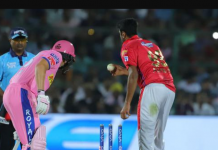