Scotland’s George Munsey who made his T20I debut against Ireland on June 2015 has been named in the squad while West Indies players Rovman Powell, and Fabian Allen are also included to strengthen their squad.

Franchises from the Indian Premier League (IPL), such as Knight Riders Group, Reliance Industries, GMR Group, Lancer Capitals, and Adani Group were announced as owners of the teams in International League T20.

Three original IPL franchise owners (i.e. the owners of Kolkata Knight Riders, Mumbai Indians, and Delhi Capitals) also get the chance to sign up to four players from their current IPL squads. 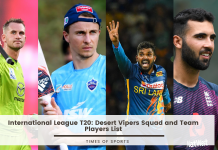 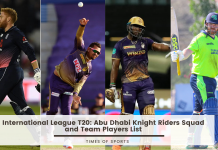