Australia were handed a big setback when their opening stalwart, David Warner, hobbled off the field with a groin injury in the second ODI against India on Sunday (November 29). Owing to the injury David Warner has been ruled out of the remaining ODI and the entire T20 series against India.

Warner had injured himself during India’s chase while diving at mid-off. He had to be tended to by the physio and was later taken off the ground while wincing in pain.

David Warner is off the field after landing awkwardly in this fielding effort.

David Warner ruled out of T20

It was later announced that Warner has been ruled out of Australia’s remaining limited-overs games against India with the hope that the left-hander gets fit in time for the much-awaited Test series, beginning on December 17.

Speaking about the same, Australia’s Marnus Labuschagne told reporters: “He’s been a massive part of us winning this series and it is not great that we’ve lost him but like anything, it provides an opportunity for someone else to step up in the top order and make runs.”

Warner’s replacement in limited over format

Australia have named D’Arcy Short, another southpaw, as Warner’s replacement for the T20I series.

However, Labuschagne added that if he’s given the chance to open, then he’s all set pull up his socks for the role.

“Certainly, if I got asked to open the batting, absolutely it’s an opportunity that I would enjoy doing. But we’ll have to wait and see.”

The 26-year-old Labuschagne has become a prominent member of the Aussie Test lineup, ever since his heroics in the Ashes last year. He currently averages an astonishing 63.43 from 14 Test matches.

Labuschagne also talked about the Test opener and his Queensland teammate Joe Burns. Who has had a dismal run with the bat in the domestic Sheffield Shield.

Warner’s injury has cast a shadow over his role in the first Test. Australia would wait with bated breath as the results of the 34-year-old’s scans come out. Upcoming talent Will Pucovski is likely to be included in the Test squad based upon the extent of Warner’s injury. 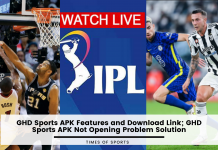