Mohammed Siraj is one more prodigy of raw talents from Hyderabad a city that has produced some impeccable batting talents like Mohammad Azharuddin and VVS Laxman.

Being from a non-cricket background it was his elder brother (Mohammed Ismail) who pushed him into professional cricket. Siraj made his first-class debut for Hyderabad in the 2015-2016 Ranji Trophy and having played 15 games he has scalped 57 wickets with his best figures being 5 for 52.

His fortunes changed when he was picked in the IPL 2017 edition by the Sunrisers Hyderabad for a whopping amount of 2.6 Crores and he produced some great bowling spells for his side.

Later that year, he got his national cap in the second T20 International against the visiting New Zealand side at the expense of Ashish Nehra who retired after the first T20I of the series. 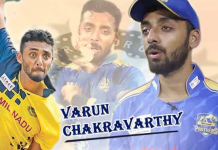 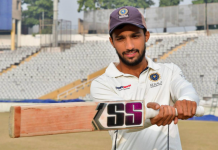