Prashant Singh, a 21-year-old fast bowler from Bihar, claims that he has not been paid match fees by the Board of Control for Cricket in India (BCCI) for the last two seasons.

The BCCI has also dragged its feet on the compensation package for players, announced in December by its secretary Jay Shah, following a truncated season minus the Ranji Trophy.

At the same time, Bihar players have been waiting for match fees.

“Every time I get a message on my phone I presume money has been deposited. Last year I had to get my elder sister married. I borrowed money, hoping to repay when I get match fees. I lost my father in 2016. I haven’t received money till date. Now my elder brother has tested positive for the coronavirus. I don’t know where I will get money from,” Prashant, who is to receive about Rs 8 lakh, told The Indian Express from Chhapra.

The reason for the delay, according to a senior BCA official, was ‘error in vouchers’ submitted by the state unit to the BCCI. BCA president Rakesh Tiwary claimed the vouchers have been forwarded to the BCCI once again. A senior BCCI official said they would have to scrutinise the documents again before releasing payments.

“We had earlier sent invoices to BCCI but they informed us that there was an error in the documentation. All the invoices have been sent again (in March) and payment will be received soon,” Tiwary said.

As a result of this administrative impasse, the players have been left in the lurch.

“We have been hearing this for the last one year. ‘Money will be deposited next month’ is what we are told. Our financial situation is dire at the moment,” Prashant said.

The Indian Express spoke to cricketers across age groups who confirmed that they have not been paid yet.

“We are talking about it almost every day. We check with each other if the money has been deposited. But nobody has received it. In these tough times, money is very important. Some of us have emailed top BCCI officials but we have not got a reply,” a senior player said.

Match fees for cricketers vary for each format. A cricketer is paid approximately Rs 40,000 per day for the Ranji Trophy, which was not conducted last season.

As per procedure, players have to submit an invoice to their respective state associations at the end of a tournament. The association then verifies them and forwards it to the BCCI which releases the payment to the players. 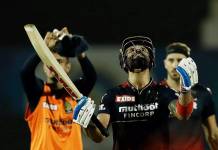